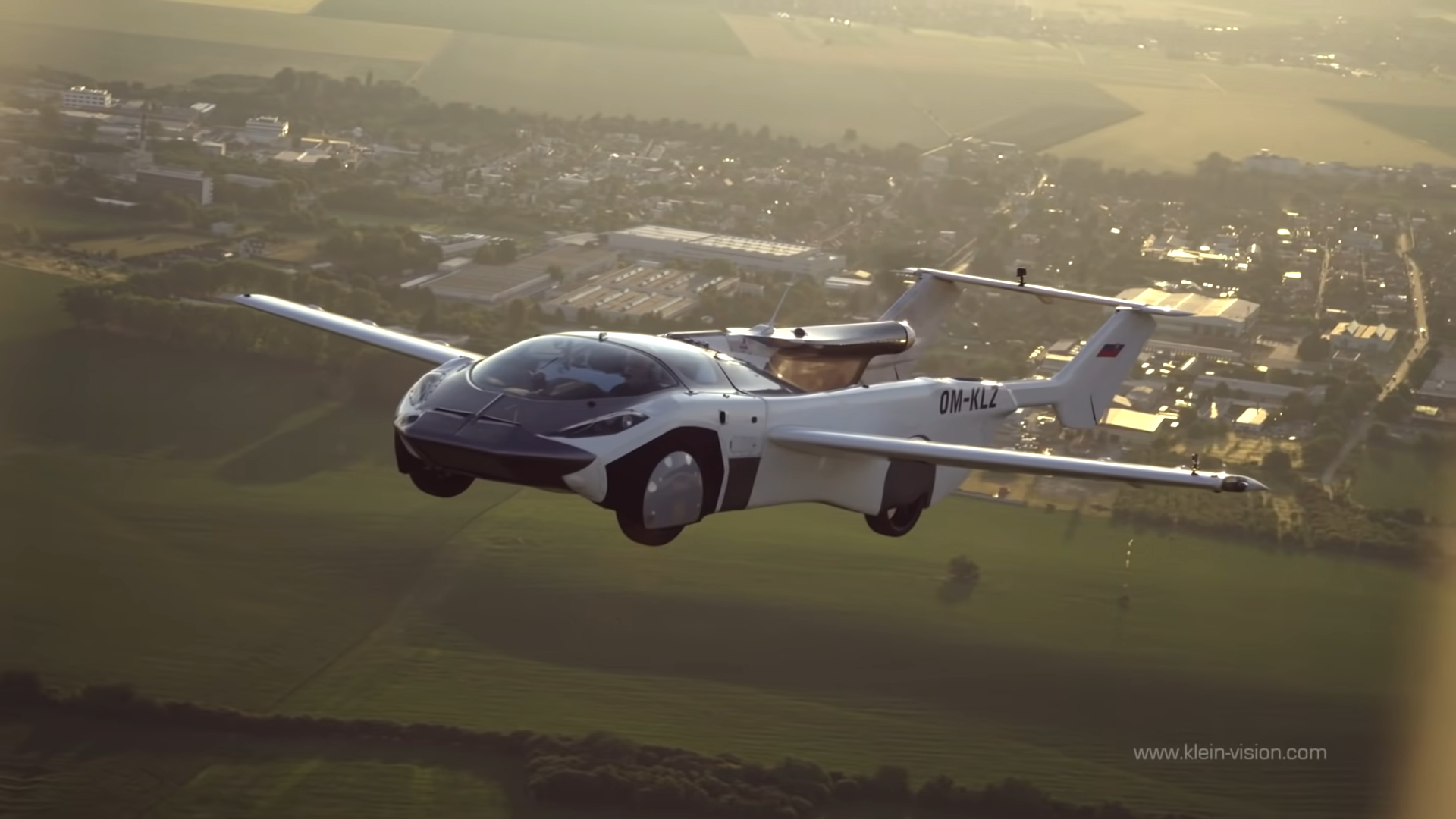 Almost as long as there are cars and airplanes, people guess that one day we will all be in flying cars. They allow us to “avoid traffic” by flying in the air instead of sitting in a roaring traffic jam on the ground.

Klein Vision AirCar hopes to be a panacea for our modern traffic dilemma. As a transformable flying car, it can fly in the air or drive on the ground. Let’s take a look at the achievements of the prototype car and the inherent problems of the underlying flying car concept.

It flies and drives

AirCar is a car that looks a bit futuristic but at the same time outdated. This is a two-seater with a large bubble canopy for the driver and one passenger. At the rear, there is a propeller and dual-arm tail, while the folding wings fold along the sides of the vehicle in “car” mode. With a light press of the switch, the wings fold and lock in place, while the tail extends further back. It takes several minutes to switch from driving mode to flight mode. The core power plant of the vehicle is a 160-horsepower BMW engine, which can be switched between driving wheels and propellers as needed.

Unlike some concepts we have explored in the past, AirCar successfully proved itself to be a working flying car without any accidents. In addition, it does so as a single vehicle package, with no detachable wings or other such designs. June 28, 2021, It successfully flew from an airport in Nitra, Slovakia to the neighboring city of Bratislava in 35 minutes-about half the time it takes to drive. The founder of the company, Stefan Klein, was under control and drove the vehicle to the city center at will after a successful landing.

Successful flight is the culmination of decades of work. Klein’s first attempt to fly a car was the Aeromobil I in 1989, which was more like a light aircraft than anything resembling a road vehicle. It was followed by Aeromobil II, which developed a conversion concept based on folding wings, but still a conceptual construction rather than a fully functional vehicle. AeroMobil 3.0 was manufactured in 2014 and lifted off before crashing on May 8, 2015 after entering the spin. The ballistic parachute saved Klein from disaster. Later, Klein left Aeromobil, started Klein Vision and developed AirCar.

AirCar did a lot of obvious things. The shape of the body itself can generate lift, and everything can be lightweight. Foldable wings and tail wings are very interesting when folded into driving mode.

So what’s the problem?

A car with folding wings that can drive around towns and fly into the sky seems to solve the problem of flying cars once and for all. Unfortunately, this does not take into account all the practical issues of the entire concept. After all, there is a reason why major automakers have never studied such technologies seriously.

As AirCar demonstrated, fundamentally speaking, it is certainly feasible to build a flying car. However, as the design shows, solving this problem does not require any novel technology. Therefore, there must be other reasons, we have not seen a large number of flying cars, and indeed there are.

Although AirCar may be called a “flying car”, it is more accurately an aircraft that can travel on the road. It still needs a pilot’s license to fly, and it still needs to use the airport to take off and land. Although on paper, air travel may sometimes be faster than car travel, but these analyses often completely ignore major administrative and logistical obstacles. Submitting flight plans, conducting pre-flight inspections, handling air traffic, and ensuring landing time on busy runways all require time, which makes such journeys generally slower than cars when all factors are considered.

The simple problem is still that flying is difficult. Keeping a car on the road between the dotted lines is a task that many people can handle, even if the road trauma statistics are higher than we might like. To control an aircraft, if the pilot makes a mistake, it may fall from the sky, which is much more difficult and will bring greater consequences. Multiple car accidents on the road are usually survivable; air-to-air collisions are almost always fatal. Similarly, a poorly maintained car may cause the owner to stay and be late for work. Poorly maintained aircraft often lead to more dire consequences.

In short, this is not the right flying car for you unless you are already a light aircraft pilot. This is not so much a car pilot’s plane as it is a pilot’s car. But this is also a snapshot of a person’s 30-year dream. If you are waiting to get one, they are taking the order, but if you have to ask about its cost, you may not be able to afford it.