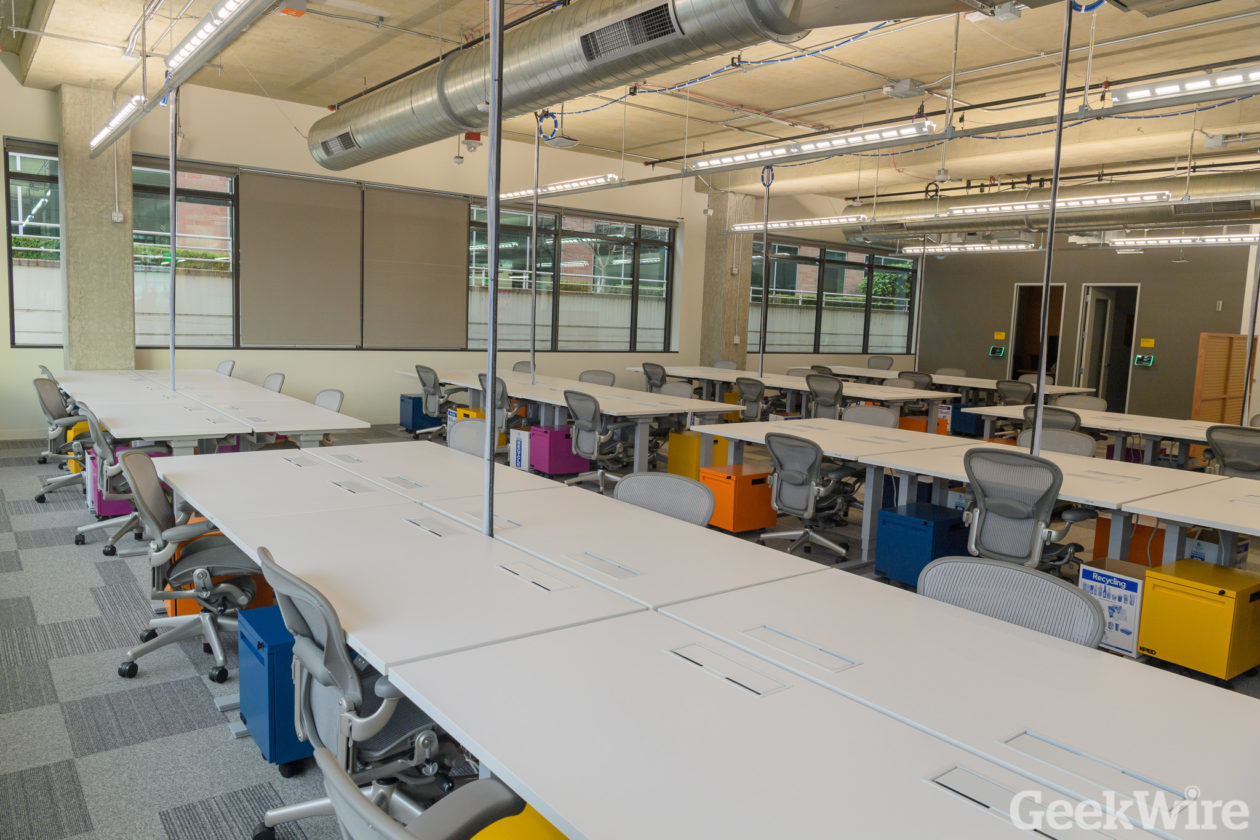 Most skilled workers in Seattle do not want to return to the office full-time. The impact of this transformation may change everything, from commercial real estate to social problems that skilled workers spend time and money to solve, and then to the status of downtown as a business district.
A survey from sea. Citi released today shows that during the influenza pandemic, workers who once crowded the offices, bars, restaurants and apartments of the trade union in downtown Belton and South Lake are now increasingly turning to the suburbs after nearly two years of remote work.
“Telecommuting will continue to exist,” said Nicholas Merriam, CEO and co-founder of sea. Citi, a non-profit organization involved in citizen issues in the technology industry. “These data reveal how science and technology workers participate in the fundamental transformation of the environment.”
A detailed survey of 467 skilled workers between June and August also shows that more than 50% of workers will consider leaving Seattle – although not all jobs are caused by remote job choices, these workers are still deeply interested in and participate in the social concerns of the city, affordable housing and homelessness, racial equality and climate change.
When it comes to urban policies to curb homelessness, 55% of respondents listed it as the top issue, 52% of respondents listed affordable housing as the top concern of citizens, followed by climate change (45%) and racial justice (32%).
In addition, the skilled workers surveyed were highly involved in these issues. People are most interested in racial justice, and 67% say they either give racial justice and equality groups money or time. In addition, most respondents are currently paying close attention to how their employers deal with equity issues.
For the homeless, 63 per cent said they either contributed to organizations seeking to solve the problem or provided voluntary services to them. According to the same criteria, 51% of respondents said that climate change would bring donations or time. Affordable housing accounted for 34 per cent and was considered a top priority.
The survey shows that these four questions will be the main factors in deciding who to vote for. Overall, 95% of respondents had participated in at least one social problem.
“The people here really care,” Merriam said. “They are willing to invest their time and money in their faith.”
However, since the first sea survey in 2019, these beliefs are showing signs of change. Increasing public transport and bicycle infrastructure as the primary issue decreased by nearly 10%, from 39% to 30%. Similarly, the proportion of traffic congestion among scientific and technological workers decreased from 38% to 24%.

Merriam speculates that working from home not only temporarily solves some traffic problems, but also makes people no longer pay attention to these problems. He said, “if you don’t fight with it in the car or bike every day, you will think less about it.”.
But a long-term attitude change seems to be where people see their lives, which in turn may change what matters and where people donate and volunteer. The vast majority of skilled workers surveyed – up to 84 per cent – said they were either part-time (56 per cent) or full-time (28 per cent). In addition, 53% of people are willing to move or have moved.
By then, fewer people will come to the city center. This will change our use in the city center.
What are the two main reasons for moving? Housing affordability and the temptation to work remotely.
“Fewer and fewer people will come to the city center,” Merriam said. “This will change our use in the city center.”
Downtown Seattle was once one of the fastest growing neighborhoods in the city, with an increase of 48000 people and a population of 82000 since 2010. But changes in the region are unlikely to be limited to people’s migration. Meriam says when people move, their places of shopping, dining and volunteering change. The survey seems to show just that.
When asked whether “the ability to work remotely means that (workers) will connect more with their communities or towns and invest in the city center where their offices are located rather than there”, the answer is resounding “yes”.
Of those who have moved or are considering moving, 70% said they will eventually connect more with new communities or towns and less with downtown Seattle. Although this may be bad news for non-profit organizations in downtown Seattle, which receive donations and volunteers from technicians there, it may be good news for suburban or community charities.
“It’s significant,” Merriam said. “When people move, they are still looking for this connection. But they are looking for this connection in a new place. Places that are bad for the city center may be good for the suburbs or communities.”