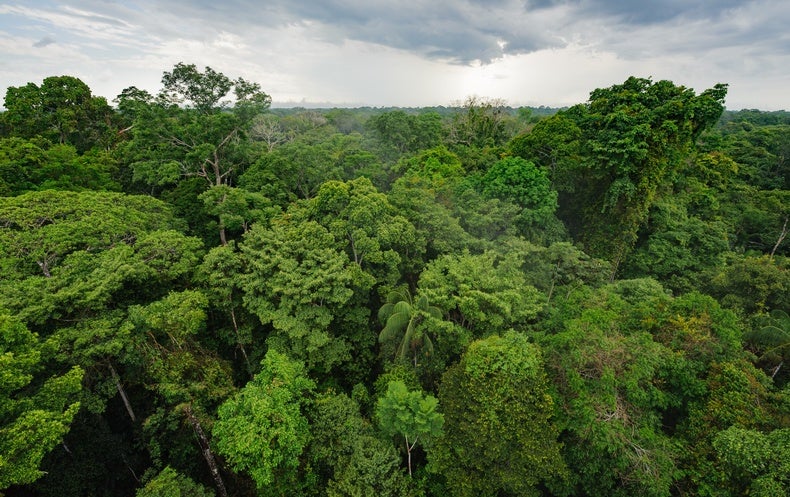 As the destruction of the ecosystem accelerates, the call to protect the Amazon rainforest is growing, which supports huge biodiversity and holds approximately 123 billion metric tons of carbon.Indigenous peoples in the Amazon region tried to monitor territorial borders, blockades Dam construction, And more. But deforestation is still progressing rapidly.

Now, a new effort combining personal monitoring by indigenous community members with satellite data and smartphone technology is expected to help curb deforestation in the Amazon region — and possibly other forests in other parts of the world — according to a study.

Illegal logging, agriculture, and coca cultivation for drug production particularly threaten the Amazon region of Peru, which is the focus of the study. Outsiders in the community are often the culprits. A group of researchers wanted to know whether training locals to use satellite-based “early deforestation warnings” would help.

As part of a pilot program to test this idea, the scientists worked with a total of 76 indigenous communities in Peru, 36 of which participated in the use of warnings to monitor forests. Three people in each community in the pilot project were trained to use the deforestation warning system on a smartphone app, as well as to patrol and document the destruction of the forest. For the next two years, these participants were paid to serve as forest monitors and received monthly alerts through the app when satellite data showed local forest loss. As inspectors, they patrol tropical rainforests to investigate warnings, observe deforestation in other areas, and then report to their respective communities. From there, each community decides what to do-whether to deal with the offender itself or to report to the national authorities.

The researchers analyzed the same satellite data of forest loss in all 76 communities during the period. They found that the early warning program reduced 8.4 hectares of forest loss in the first year. Study co-author Tara Slough said that compared with the average deforestation in the control community, there was a 52% reduction. She said: “The reduction in deforestation is mainly concentrated in the communities facing the greatest threat” forest loss.

New York University political economist Slough said: “The implication of this finding is that if the program is to continue, targeting the most threatened communities should avoid the greatest loss of tree cover.” “Given that it can be implemented at the community level. , Which represents an important and scalable tool that allows communities to reduce deforestation.” The results were published in July Proceedings of the National Academy of Sciences.

The monitoring plan was less effective in the second year. Compared with the control community, the forest loss was only reduced by 3.3 hectares. Slough and her co-authors believe that the Peruvian government’s campaign against coca cultivation may have prevented experimentation and control of deforestation on community territory, reducing the difference between the two groups in the pilot project.

Experts say that this solution to the problem of deforestation in the Amazon—community monitoring combined with early warning on smartphones—seems promising. “What they found is exactly what you hoped to find,” said Catherine Tucker, a forest governance researcher At the University of Florida, he was not involved in this research. “Does this apply to all communities with a high risk of deforestation? Given the results, it is worth a try.” However, she pointed out that the communities in the area are diverse-different factors affect their forest loss risk and monitoring capabilities. Tucker pointed out that, for example, some communities may not be able to obtain the resources or training required for deforestation monitoring programs, or their territories may have valuable minerals or oil, which, despite monitoring, will still increase outsiders’ deforestation. risks of.

Krister Andersson, an environmental policy expert at the University of Colorado at Boulder, also did not participate in the study. He said that the protection of tropical forests worldwide is usually costly and has little effect. “Any research like this shows that something actually seems to be working-this is good news,” he explained. Andersson pointed out that the study will be more useful if the monitoring plan is compared with other policy interventions.