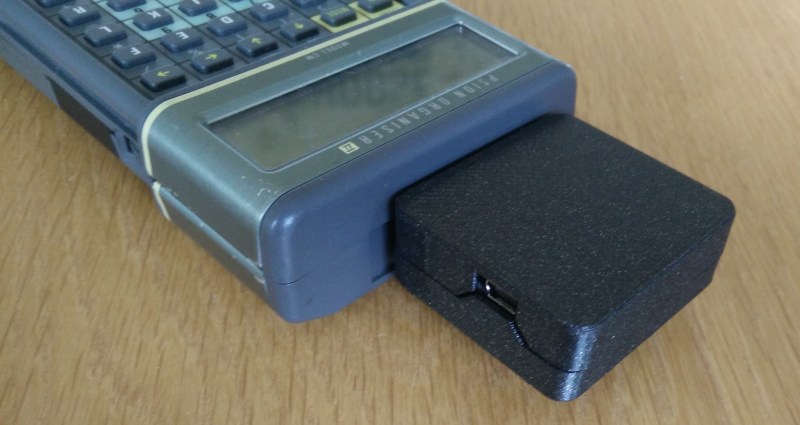 The psion organizer series, launched in 1984, defines the first generation of electronic organizers or PDAs (personal digital assistants). Although these devices have a history of more than 30 years, the scene of psion organizer is still active: enthusiasts around the world are still developing new hardware and software.
James Stanley is one of them. He designed and made a USB interface for psion organizer II. Although the “commslink” module providing RS-232 port was still available at that time, it is difficult to find it now, which prompted [James] to design a new module based on Arduino nano. To connect it to psion’s data bus, you only need to connect eight data cables to nano’s GPIO port. A set of series resistors to prevent bus contention without adding glue logic.

It is a little difficult to make the software run: the organizer’s native OPL programming language does not allow users to directly access the memory address of the expansion port, so [James] must write a routine with hd6303 machine code to perform reading, and then call the routine from OPL to display the results on the screen. Currently, this routine only supports reading data from Arduino, but it can also be extended to a two-way interface.
Finally, [James] designed and 3D printed a neat shell for the Arduino USB interface, making it almost as smooth as the original commslink module. Perhaps after a little further development, this may become another way to connect the old people to the Internet. We also launched a new datapak to enhance the memory of the organizers.