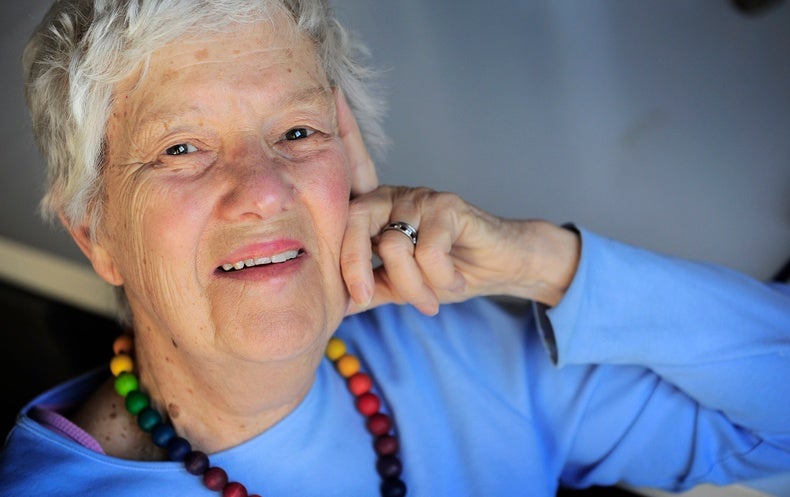 “Can I go to the telescope with you?” A few weeks after I met the late astronomer Vera Rubin in 2007, I naively asked her this question.

Even so, when he was in his 70s, Rubin continued to travel to Kitt Peak National Observatory and other places to search for the outermost edges of distant galaxies to time the speed of the galaxy’s stars revolving around its core. In our solar system, Mercury revolves around the sun at a high speed, while Pluto only moves forward slowly. Astronomers naturally think that stars near the core of the galaxy move faster than those on the periphery.

However, years of collaboration with her collaborator Kent Ford and other colleagues have shown that this is not true. The farthest star tends to move as fast as the nearby star. In the 1960s and 1970s, this observation shocked scientists. This means that gravity from an invisible form of matter is causing the outermost stars to move unexpectedly fast—and astronomers originally thought there was much more matter in the universe. This means that, as Rubin subtly pointed out in 1985, the universe has been teasing us, hiding most of the matter in the universe.

I didn’t know the tricks of the universe until I saw the description of Rubin’s research when I was intern at the National Air and Space Museum in Washington, DC and wandering in the “Explore the Universe” exhibition. Reading Rubin, my brain buzzes. Who is she? Why didn’t I hear more about her? Do we really not know what makes up most of the universe? I posed these and other questions to my supervisor, David DeVorkin. He pointed me to a collection of Rubin’s essays, Bright galaxy, dark matter. A day later, he asked: “Do you want to interview Vera?”

Absolutely, yes, I said. Dworkin is studying Rubin’s oral history, and he wants to finish it. I read and research, prepare questions. On the day of the interview, Rubin welcomed us into her office in the Department of Geomagnetism, which was also the office she shared with Ford for decades. After dozens of stories and anecdotes, we headed to Rubin’s house not far from Chevy Chase, where Vera and her husband Robert Rubin answered our questions. The couple completed each other’s ideas. They laughed at each other. That afternoon, their love and respect for each other was obvious, even self-evident. This is the kind of relationship I want, I remember I was thinking.

Finding a partner who is patient, kind, and committed to your business as much as their own is Rubin’s advice often in conversations and interviews. She not only said it. She survived. She also showed me how to make others feel important. Even though I was a stranger and an intern, she still listened to me. She asked me some questions about my wishes. She encouraged me. She doesn’t have to do that. She chose.

Because I felt that Rubin was too approachable, I dared to write a letter asking her to look at the binoculars with her. She thanked me for my “sweet letter” and wrote in an e-mail dated September 20, 2007: “The answer is yes, but… the telescope time is very precious and it is easy to make mistakes.” She told me when Reach the telescope, when to watch her work and when to ask questions. Then she said, “Bring a warm jacket or jacket… We will observe in a warm room, but sometimes have to go out and look at the binoculars.” She is open to my requests, sets boundaries and still cares about me Happiness. High expectations and warmth (unintentional puns) are again characteristics that I want to emulate.

On that refreshing night in mid-November 2007, we met at Kitt Peak. On the first night there, she flicked a switch, and the darkness of the telescope dome swallowed her. She took a few steps quickly and confidently, grabbed the stair railing, and climbed up. At the top, she slid her hand across the door, found the handle and pushed it. Nothing happened. Like a rugby lineman, she lowered her center of gravity, pressed her weight on the hinged large piece of metal, and knocked it away with her hips. That scene became the opening chapter of my book, Bright galaxies, dark matter, and others, Visit Rubin’s life. In it, I tried to convey her elegance, wit, and courage. Even in the face of sexism, I sometimes despise her research. I also explored the life lessons she taught me: listening, opposing injustice, being fearless, and most importantly being curious.

“Don’t shoot for stars, we already know what’s there,” she once said. “Look for the space in between, because that’s where the real mystery lies.”

This article is adapted from the author’s new book Bright galaxies, dark matter, and others.