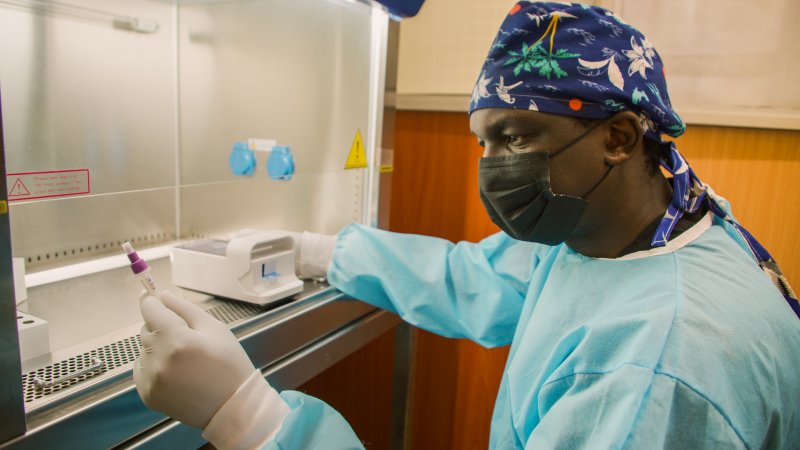 As the American people debate the COVID-19 vaccine regulations, a new report from the Seattle-based Bill & Melinda Gates Foundation reminds people that many people around the world even want to To be vaccinated, but still unable to vaccinate.

“Unfair access to the COVID-19 vaccine is a public health tragedy,” Bill Gates said in a statement following the release of the Gates Foundation’s annual goal guardian report, which tracks the world’s progress in achieving this goal. Progress. United Nations Sustainable Development Goals In the past five years.

The latest report released on Monday night was written by Bill Gates and Melinda Frank Gates as the co-chairs of the foundation. During the two-year probation period after the divorce, they will continue to lead the Gates Foundation in these positions.

COVID-19 is the central theme of the report, which cited “unprecedented” in the development of multiple vaccines in less than a year, while the normal time is 10 to 15 years. At the same time, the report pointed out that to date, more than 80% of COVID-19 vaccines have been vaccinated in high-income and upper-middle-income countries.

Bill Gates and Melinda Frank Gates wrote in the report: “Some people have already received two to three times the dose needed to cover their population to prevent increasingly infectious mutations. A booster is needed.” “At the same time, the dose administered in low-income countries is less than 1%. These inequalities are a profound moral atrocity — and increase that high-income countries and communities will begin to view COVID-19 as another The real risk of a poverty epidemic: Not our problem. “

Last year, with the development of vaccines, Bill Gates repeatedly warned of the risk of unfair vaccine distribution.

In a statement released with the latest goalkeeper report, he said: “We cannot leave the pandemic behind until everyone, no matter where they live, can get a vaccine.”

In the past 18 months, the Gates Foundation has invested approximately US$1.7 billion in the fight against COVID-19 and the distribution of vaccines worldwide.

Statistics quoted in the report show that another 30 million people fell into extreme poverty last year, reversing many recent achievements. In addition, the report highlights the impact of the pandemic on education and gender equality around the world.

The CEO of the Gates Foundation, Mark Suzman, told reporters on a conference call that now is not only the time to address the current inequality of COVID-19 vaccines, but also through measures such as genome monitoring across different countries. Time to prepare for the future.

Suzman pointed out that “global rather than national and regional infrastructure is needed to ensure that we never face this kind of crisis again.”