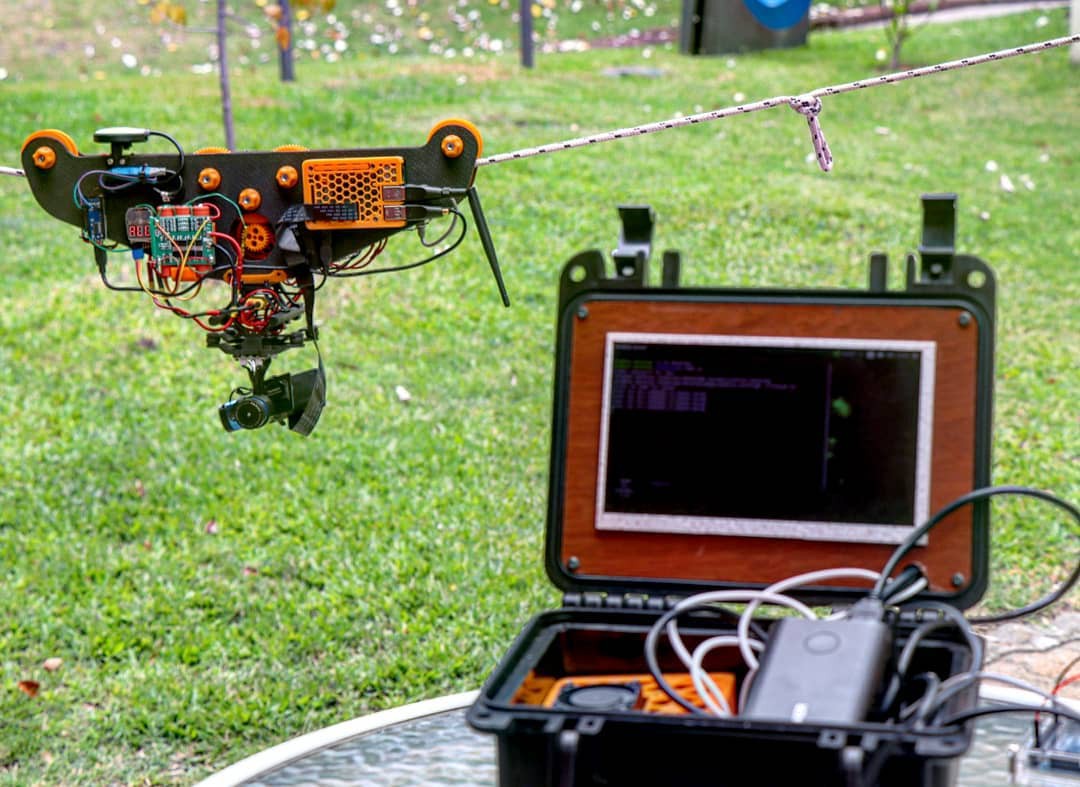 UAVs have become the standard for mobile aerial camera platforms, but another option used in the professional field is a wired camera. As an exercise in integrating mechanics, electronics, and software, [maxipalay] Created my own Wired camera.

Cablecam is built around a pair of machined wooden boards with some pulleys and motor reduction gears between them. The brushless motor moves the platform along the rope/cable and drives the drone ESC. Since the ESC has no reverse function, [maxipalay] Use four relays controlled by Arduino to swap the connections of the two motor wires to reverse the direction. The main onboard controller is the Raspberry Pi, which is connected to the camera module mounted on the two-axis gimbal for stability. A GPS module has also been added for positioning information on long cables.

The base station is built around the Nvidia Jetson Nano and is connected to a 7-inch screen mounted in a plastic housing.Video, telemetry and control signals are communicated using open source software Radio broadcast protocol. This uses off-the-shelf WiFi hardware to broadcast UDP packets in connectionless mode, and avoids the lengthy WiFi reconnection process every time the connection is disconnected. The movement of the Cablecam can be manually controlled with a potentiometer on the console, or Jetson’s machine vision function can be used to automatically track and follow people.

Over the years, we have seen several cable robots, including a solar-powered sensor platform similar to a sloth.