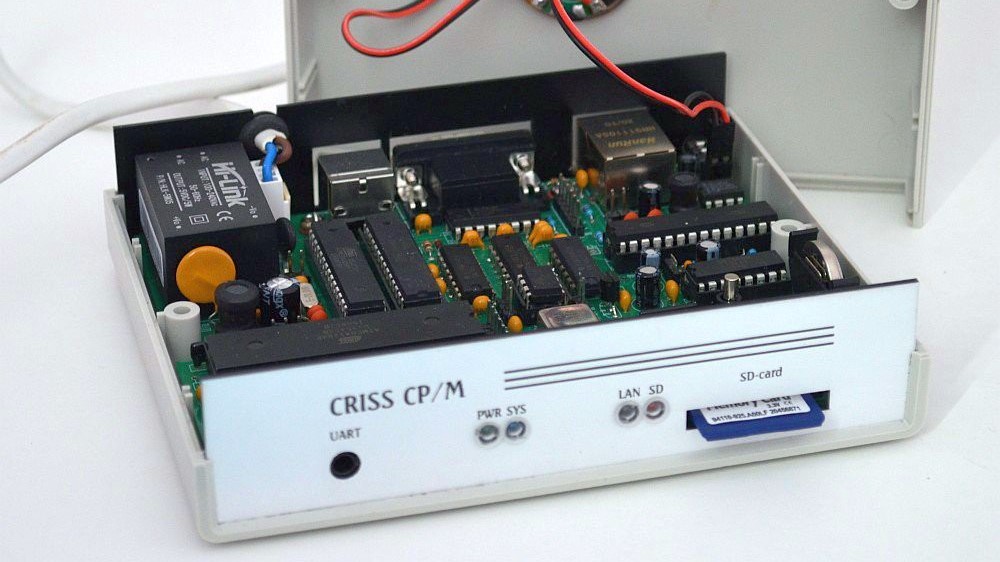 Today, you may choose to run Windows, Linux, MacOS or some other operating system on your computer. However, back in the 1980s, you usually had no choice: a certain home computer was equipped with a certain operating system, nothing more. If your processor is based on a Z80 processor, it is likely to run CP/M. Although hardware differences often make direct data exchange difficult, CP/M at least provides a basic level of software compatibility between various Z80-based computers. Although it was eventually replaced by MS-DOS (the original goal was to be compatible with CP/M), in the 90s and even longer, enthusiasts were still running classic operating systems on old hardware.

[Igor] Decided to design the 21st century CP/M machine crisis, A single-board computer mainly based on AVR microcontrollers. The CPU is 20 MHz ATMEGA1284P, and 4 MHz Z80 is simulated by machine code simulation. A pair of ATMEGA328 runs the peripheral controller and VGA output, so CRISS can be used in modern displays. However, true to its tradition, the image is monochrome with black and white and green background, which looks familiar to users of Kaypros, Osbornes, and other modern CP/M machines.

The software is loaded via the SD card that saves the floppy disk image. CRISS can directly run programs written for Kaypro II and Robotron 1715 computers, although other platforms can also be supported through software upgrades. [Igor] Shows the programs it runs from the Turbo Pascal compiler to games such as Xonix and Tetris.

The CRISS comes in a neat little box and can communicate with standard PS/2 keyboards and serial printers. There is even an Ethernet port for those willing to try a network connection (a rare feature in the 1980s).

We like to see such modern retro buildings; similar projects we have introduced before include the compact ZZ80MB and the huge Z20X. Others use different ways to run CP/M on modern hardware, such as launching it directly on the Raspberry Pi or emulating Altair on the ESP32.