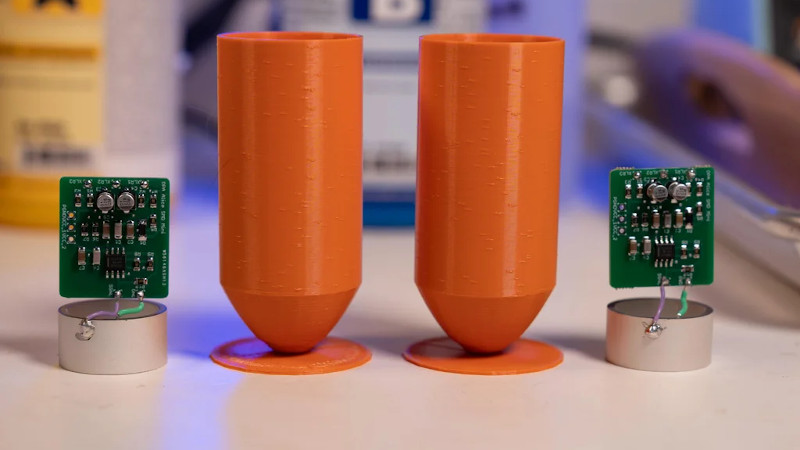 Microphone is a very common technology we are all familiar with, but what if you don’t want to record audio in the air, but want to listen to what’s happening underwater? This is the job of hydrophone! Unfortunately, hydrophones are not the kind of thing you might find in big box electronics stores. Fortunately, [Jules ryckebusch] learned some skills in his 20-year career as a Navy submarine and recorded his process of making sensitive hydrophones without requiring a military budget.
Jules was attracted by all the incredible sounds he heard around the sonar shed. He carefully read the documents on hydrophone design provided by the Navy and the National Oceanic and Atmospheric Administration (NOAA) until he refined it into a surprisingly simple structure. The key to the whole construction is a commercial cylindrical piezoelectric transducer for underwater communication. Incredibly, it costs less than $20 a time.

The sensor is connected to his own operational amplifier board, which is adapted from his previous work using condenser microphones. [Jules] designed a 29 x 26 mm circuit board to fit neatly within the diameter of the sensor itself. The entire microphone and preamplifier assembly can be cast in a resin cylinder. Specifically, he found a cheap two-component resin from smooth on, with a specific gravity almost the same as that of seawater. This enabled him to encapsulate all electronic devices in an impervious and almost transparent manner. After a few 3D printed molds, the hydrophone can be cast.
Interestingly, this is not the first homemade hydrophone we have ever seen. But compared with previous products, it is basically a waterproof standard microphone pickup, and we think this more thoughtful method may have better performance.