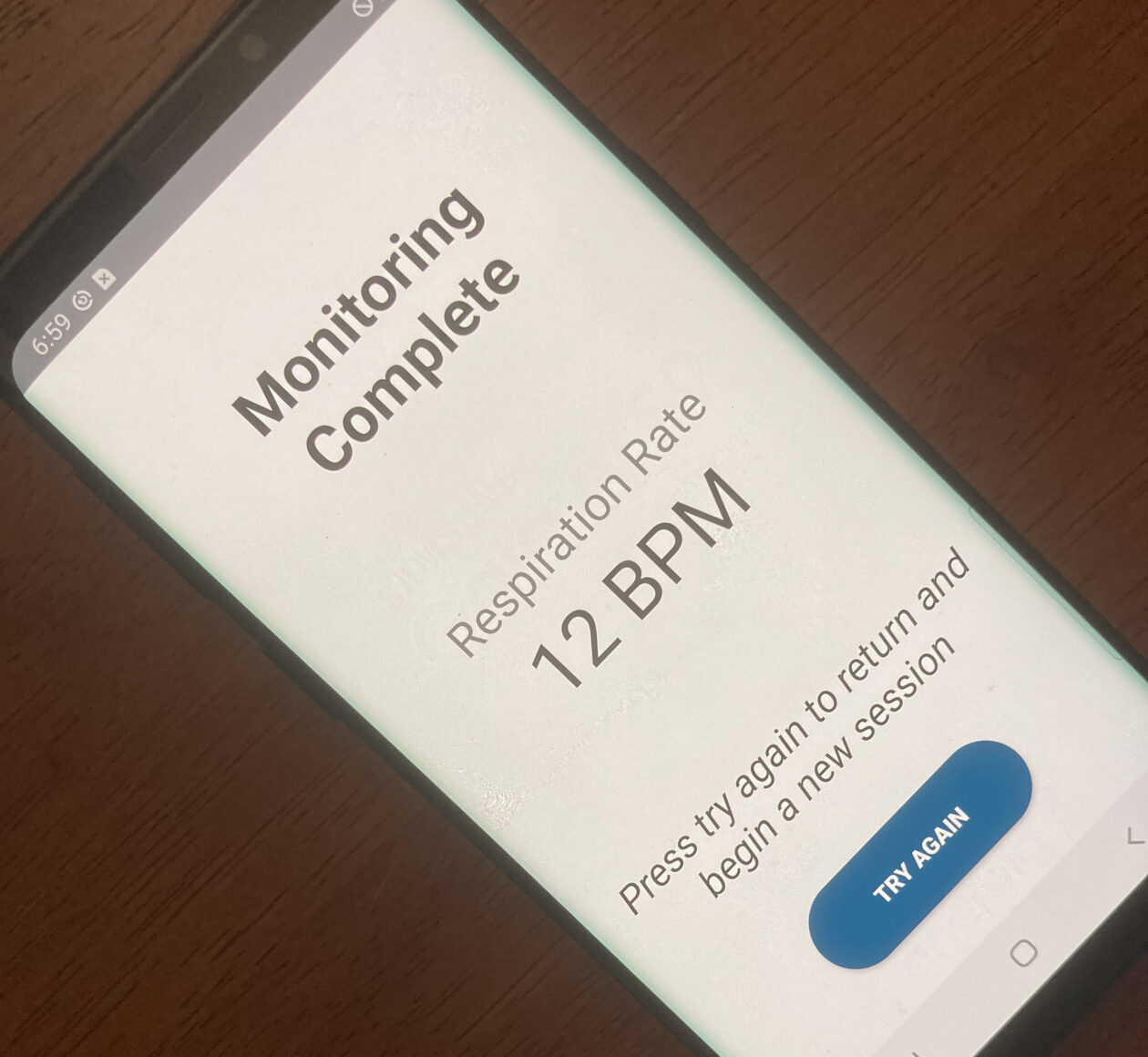 The school of life sciences at the University of Washington announced Thursday that it will market its respiratory monitoring application from the U.S. Food and Drug Administration (FDA).
The application detects motion based on sonar technology. The phone or speaker placed near the patient will emit inaudible sound waves, which will bounce back to the microphone of the device, and the company’s software will decode the data.
“This is a very good verification of this technology. With the help of FDA, there are almost no higher requirements in terms of reliability and safety,” Jacob sunshine, associate professor and chief medical officer of Anesthesiology and pain medicine in Wisconsin, said in an interview with geekwire.
Jacob sunshine, chief medical officer of sound life sciences. (sound life science picture)
The application will enable people with diseases such as asthma or congestive heart failure, or patients recovering from some surgery, to track their respiratory rate. The company is currently strengthening its marketing team to launch “prescription only” applications in cooperation with remote monitoring and other companies.
Future versions of the tool may provide other functions, such as reminding caregivers. “This is basically the first clean-up, and we will build more exciting use cases from it,” sunshine said. The company’s envisaged uses include infant monitoring and identification of cardiac arrest. Such improvements may require additional regulatory approval.
Sunshine said that the application is “contactless”, and the current options for monitoring respiration use some kind of hardware, such as electrodes. As for potential competitors, sunshine said, “there are not many problems with respiratory monitoring.”. As with existing devices, people using the new application to measure breathing need to be quite quiet.
About three years ago, sunshine co founded the company with Nicholas mark, a lung and critical care physician at the Swedish Medical Center in Seattle, and shymanath gollakota, a professor of computer science and engineering at the University of Washington. Similar UW technology also provides power for the heart monitor being developed by the company.
Gollakota, sunshine and their colleagues also recently published a study on wearable respiratory monitoring devices. The device is designed to detect opioid overdoses and inject antidotes, but uses unique technology that has not been developed by start-ups.
The new application was approved by FDA through 510 (k), indicating that it is “basically equivalent” to another approved device. FDA’s nod also opened the door for insurance company reimbursement.
The National Institutes of health and the biomedical advanced research and development authority have provided more than US $2.5 million, which has provided impetus for the improvement of life sciences. It has six employees.
“We are a small team, but we can get FDA permission and usually need more people,” sunshine said. “We’ve been very focused.”