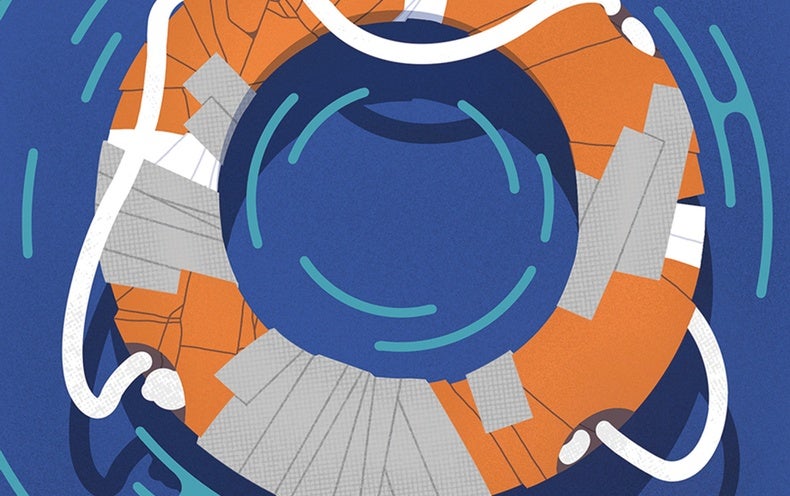 Considering that record-breaking wildfires, hurricanes and other weather disasters have claimed lives and billions of dollars of lives in this pandemic, and brought deaths in every corner of the United States, the events of 2020 made the United States an emergency The governing body is stretched. Local governments have been unable to deal with the disaster, and the Federal Emergency Management Agency (FEMA) is also very nervous. This spate of destruction has made capacity and inequality issues—people of color and low-income communities disproportionately hit—problems that have been exacerbated in national disaster preparedness methods for decades. Now, as the climate crisis increases the probability of disasters, we must stop kicking cans on the road and commit to the challenging work of reforming emergency management.

FEMA should be an agency that intervenes when disasters flood local resources, while cities, counties, and states handle smaller incidents. But a report from the FEMA National Advisory Committee (NAC) in November last year pointed out that even in the event of routine incidents, state and local emergency management operations are struggling. Some towns and counties have only one part-time emergency manager, which makes them inadequate to prepare for and respond to disasters. Therefore, they increasingly turn to FEMA. When a major disaster does happen, FEMA will ultimately save fewer resources. For example, when Hurricane Harvey swept southeast Texas with unprecedented 60 inches of rain in 2017, almost half of the agency’s emergency personnel had been deployed to other problem sites. To get out of the predicament, FEMA is now proposing to increase the damage threshold that triggers federal aid. But the proposal will only make the local area more vulnerable. Congress or state legislatures need to provide sustainable funding to establish and maintain local emergency management agencies, and FEMA participates in any changes in the rules.

In order to solve the problem that all emergency agencies have not prepared for disasters in advance, some funds can be dedicated to-and need-certain key disaster mitigation work that is sometimes resisted by local political forces, such as increasing flooding in areas prone to floods. Tall buildings or enact zoning laws to reduce the risk of wildfires. These efforts should be combined with the latest climate science—such as sea-level rise forecasts—so they won’t be outdated anytime soon. The National Institute of Building Science found that for every dollar spent by FEMA and other federal agencies on mitigating the risks of floods, earthquakes, and other hazards, society will eventually save $6 in costs.

Any future mitigation and recovery funds must also be distributed in a fair manner.Research, including published in 2019 social problem, Showing that FEMA’s plans inadvertently consolidate and exacerbate inequality because they focus on restoring private property. Compared with colored people and low-income communities, this approach is beneficial to high-income, usually white-majority areas that have more valuable houses and infrastructure than colored and low-income communities. The region is disproportionately affected by the disaster, and it is the least able to recover from the disaster. To compensate for this difference, FEMA and state and local emergency management agencies cannot rely solely on cost-benefit analysis to determine which projects to fund, because these are beneficial to more expensive assets. They should also use other indicators, such as the Social Vulnerability Index, which can identify people with the least capacity to cope with disasters. Some local governments have begun to include equity in their emergency plans. For example, in King County, Washington, floodplain managers use census data to understand exactly who lives in flood-prone areas in order to better locate resources and mitigation projects. Others should follow their lead.

A current FEMA program attempts to address inequality by allowing small, low-income communities to pay less for cost matching, which is a prerequisite for certain FEMA assistance. But these smaller governments may not have full-time personnel with the expertise to navigate the complex FEMA application process. In some cases, the community may not have enough funds to meet or even lower the local spending threshold. FEMA can begin to solve this problem by simplifying its funding requirements and establishing a single application process; the NAC report and the Government Accountability Office recommended these two actions in February.

Everyone, not just the wealthy, should have the opportunity to use the resources they need to rebuild their lives after a disaster.