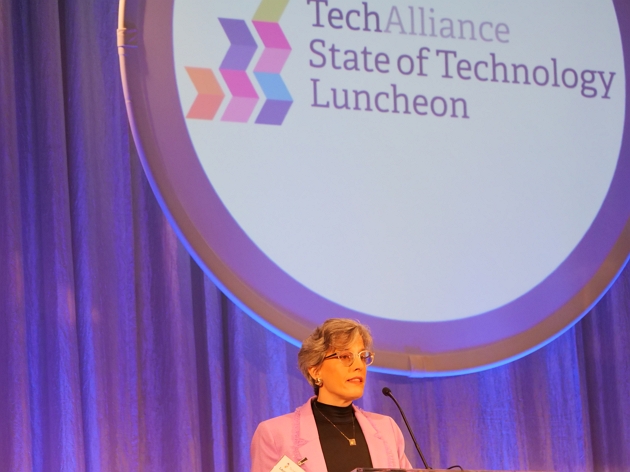 Seattle and Washington have a lot to boast about in the innovative economy, including the disproportionate proportion of technology employment and R &amp; D investment compared with many other states.
In this context, another statistic is so disturbing that Laura Ruderman, the chief executive of the technology alliance, emphasized this twice at the organization’s annual state of technology luncheon in Seattle on Wednesday – she admitted that it may take some time to integrate with the audience of technology leaders.
“We’ve been describing the upcoming technology alliance in Washington state,” Rudman said.
For technology companies eager for talents, the demand for local college graduates is a key issue. The statistics clearly surprised some viewers, including keynote speaker Yoko Miyashita, CEO of cannabis information company leafly, who was talking to K &amp; amp; This was mentioned in the stage dialogue of pallavi Mehta wahi of L gates.
“It’s shocking and we really should be shocked,” Miyata said.
So what are the statistics? We follow up for more information.
Rudman pointed out to us resources, including the technology alliance’s benchmark report. The 2021 version provides a summary of the data of the National Center for higher education management system: “53% of Washington students go directly from high school to college, ranking 46th in the United States, only ahead of Utah among our peers. Nearly 80% of Massachusetts students go directly to higher education.” 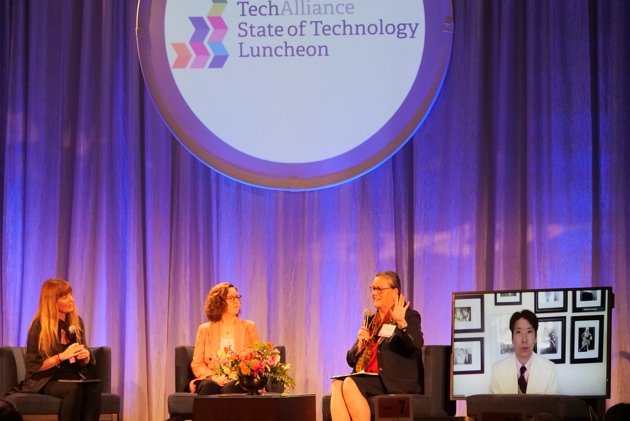 This is not a new problem. “Education experts say there is no single reason why Washington is having trouble getting its children to college,” the Seattle Times reported nearly a decade ago. “This is the sum of a series of problems, which together create a weak university culture.”
Puget Sound indexer published a series of reports on this issue, including the article in 2020: “why don’t children in Washington go to college?”

This issue was also mentioned in the group discussion. Michelle reed, head of Seattle’s northeast North Shore School District, said Washington ranked 48th among all states that send traditionally underrepresented students to higher education.
“I think we have to stop thinking about this as a student problem. It’s a systemic problem; our students have no problem,” Reed said in applause. “Unless we can destroy the system in a major way, we will continue to inject good people into the system who cannot flourish or be fruitful.”
Rudman said that the science and technology alliance, which is celebrating its 25th anniversary, plans to release the latest economic impact report next month, comparing the current situation of the innovative economy with the 1997 version of the report.