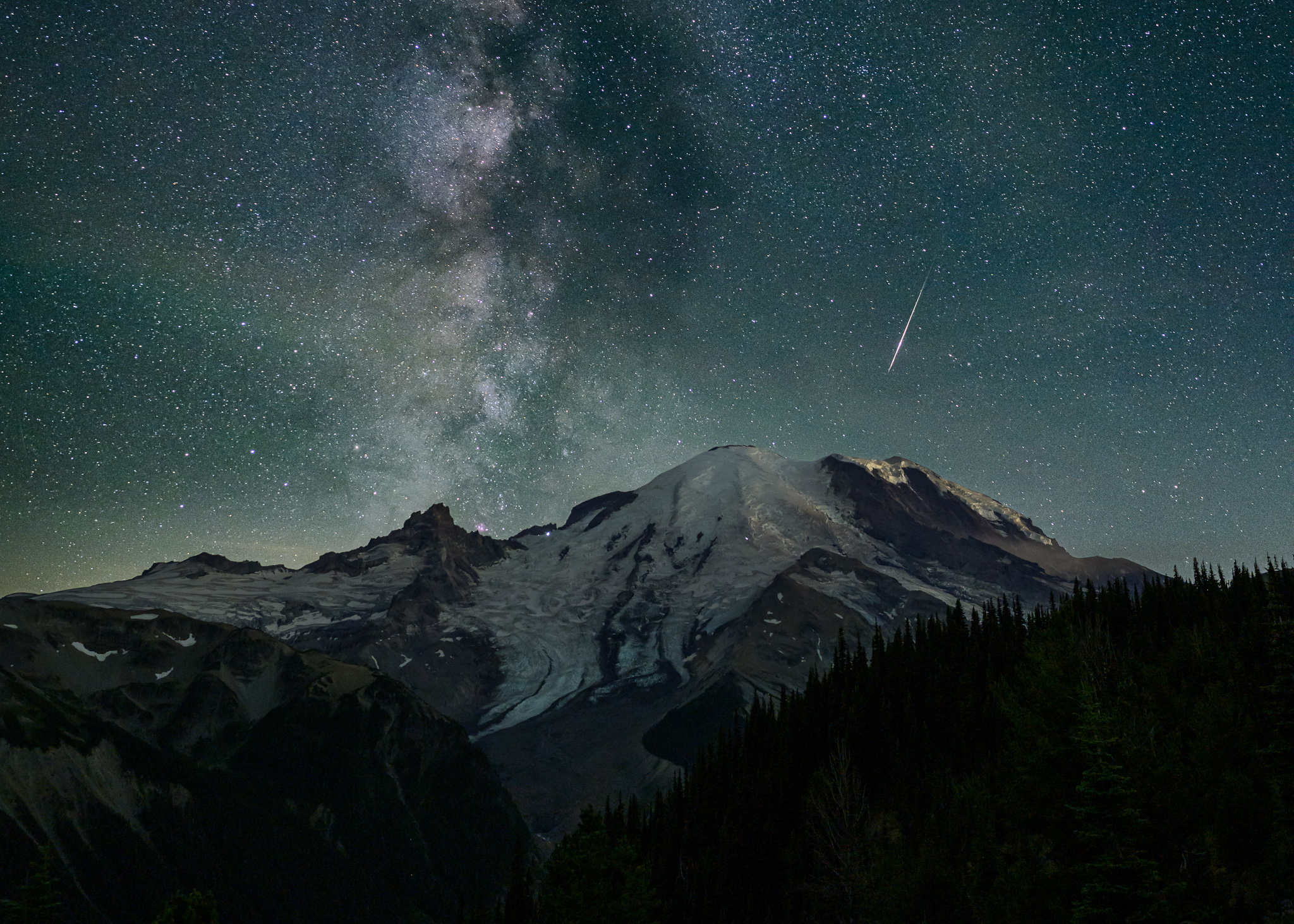 For stargazers, this time of year is always interesting because of the annual Perseid meteor shower. This year, the moon phases cooperated, leaving the dark sky with the best viewing conditions. I went to Mount Rainier National Park on the evening of August 11th.

I saw many huge fireballs in the sky, but I could only catch one by aiming at the Milky Way and the huge Emmons Glacier on the northeast side of Mount Rainier with my camera.

If you look closely at my photo above, you will see the headlights of climbers on the glacier, hoping to reach the top of the mountain before sunrise.I’m a little lucky because the smoke from the nearby Schneider Springs fire was filtered near Natches, Washington and blocked the view at 4 AM

The source of the Perseid meteor shower is the debris of Comet 109P/Swift-Tuttle that passes near the Earth every year. This year’s meteor shower activity time is from July 14th to August 24th, and the peak of meteor activity between August 11th and 13th is as high as 100 meteors per hour. However, the showers continue, and if you observe the sky in the next few days, you will still see meteors, just fewer.

Meteors usually radiate from Perseus, hence the name. They are best viewed in the northern hemisphere before dawn. Looking north at Perseus is usually the best strategy, but meteors will appear in all areas of the sky. This particular lens is actually looking towards the southwest.

Here are some tips to maximize your viewing experience: