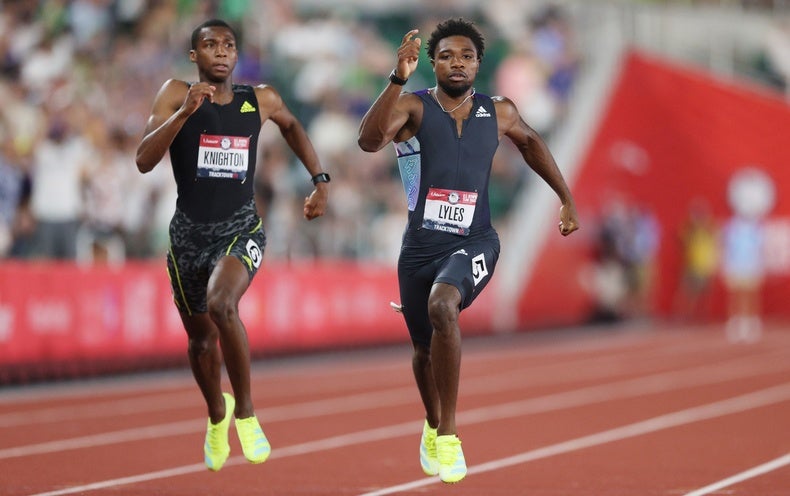 Due to COVID-19, this year’s Olympics may not be open to most spectators, but as dozens of cameras record every jump, dive and flip, the eyes of the world are still on the athletes.Among all the broadcasting equipment, track and field athletes may notice the five additional cameras-this is the detailed first step 3D tracking A system that provides audiences with near-instant insight into every step of the game or every step of the baton.

Tracking is just the beginning. The technology exhibited in Tokyo shows that the future of elite sports training lies not only in collecting data about the human body, but also in using this data to create a digital replica of the human body. These avatars can one day use hypothetical scenarios to help athletes decide which choices will produce the best results.

The tracking system used in Tokyo is an Intel product called 3DAT, which can input real-time footage into the cloud. There, artificial intelligence programs use deep learning to analyze athletes’ movements and identify key performance characteristics, such as top speed and deceleration. The system uses slow-motion graphic representations of actions to highlight key moments and share this information with the audience. The whole process, from shooting the lens to playing analysis, takes less than 30 seconds.

For example, during the NBC broadcast of the 100-meter test run in Eugene, Oregon, artificial intelligence showed how Sha’Carri Richardson reached 24.1 mph at her peak and decelerated to 20.0 mph when she reached the finish line . This was enough to win the race: Richardson’s runner-up reached a top speed of 23.2 mph and slowed down to 20.4 mph on the line.

“It’s like having your own personal commentator point you out during a game,” said Jonathan Lee, director of sports performance technology at Intel Olympic Technology Group.

In order to train their Olympic artificial intelligence through machine learning, Lee and his team must capture as many sports shots of elite track and field athletes as possible. They need to record the human body performing specific actions, but pre-existing footage used in similar research shows ordinary people in motion, which confuses the algorithm, Lee said. “People don’t usually get to be perfectly level in the air at seven feet,” he pointed out, but world-class high jumpers often reach such heights.

In the video, an Intel team manually annotated every part of the body-eyes, nose, shoulders, etc., pixel by pixel. Once these key points are determined, the model can begin to connect them in three dimensions until it has a simplified rendering of the athlete form. Tracking this “skeleton” enables the program to perform 3-D pose estimation (a computer vision technique that tracks an object and tries to predict its possible changes in space) on the athlete’s body.

The tracking system is limited to the track and field events of this year’s competition. However, Barbara Rita Barricelli, a human-computer interaction researcher and assistant professor at the University of Brescia, Italy, said that similar technologies may become the standard of various sports and did not participate in the Intel project. “The real big shift is when a technology is not only used for entertainment or research, but also accepted by the community of practice,” Baricelli said. For example, when video assistant referees were first used in football matches, they were popular on broadcast networks-but some human referees refused to rely on them to make decisions to change the game. This technology is still controversial, but now many officials often use video assistants to help make calls. Baricelli believes that 3DAT’s Olympic debut may be “a big step in the practice of research conferences—or better yet, practice embracing research results.”

Lee believes that AI can help everyone from Olympic athletes to ordinary bodybuilders correct their forms, track changes in gait that may indicate impending injury, and so on. “In the long run, this technology will help improve [an] Improve their performance by providing more information to athletes,” Two-time Olympic decathlon champion Ashton Eaton (Ashton Eaton), who works on the Intel 3DAT project, Tell Oregonian.

All of this is attributed to advances in computing, enabling artificial intelligence to convert 2-D images into 3-D models more efficiently. It is generating “information that we have never had before — no one has it before — because it is too cumbersome,” Lee said. He believes that the insights shared in the recent track and field trials are just the beginning.

In the future, athletes may rely more on large amounts of data, processed by artificial intelligence, to improve their level of competition. John Vickers, chief technologist of the Space Technology Mission Board at NASA Headquarters, said that one of the tools might be a model called a digital twin-“a virtual representation of you filling in the blanks.”

These models exist as data in computer programs, so they can be viewed on a screen or in virtual reality and run by simulating real-world conditions. More than ten years ago, Wicks and Michael Grieves, a research professor at the Florida Institute of Technology, coined the term “digital twin.” According to Vickers, engineers initially defined digital twins as Growing Virtual model Industrial goods from the next generation Space vehicle To the whole Cities on earthFor example, the U.S. Air Force started a six-year project in 2020 Develop a digital twin The B-1B Lancer bomber to understand how individual components decay and how to slow down these processes. Now, researchers are developing digital twin models to build, test and even manipulate anything, from abstract concepts (such as the “fan experience” in the arena) to humans.

Barrichelli is currently working towards this.She believes that engineers will soon use data collected from wearable fitness monitors and artificial intelligence tracking tools to deploy Digital twins of individual athletesCoaches can use these to test how various behaviors affect the game, from sleep patterns to eating and drinking to standing on the court. The twins can ultimately help athletes predict their future real-world performance, and can even make recommendations for training adjustments.

“At that level, it will be very helpful [athletes] Continuously monitor the hypothetical results of their training,” Barrichelli said. In this way, “every time you do something, you will see how it affects the results you get. “