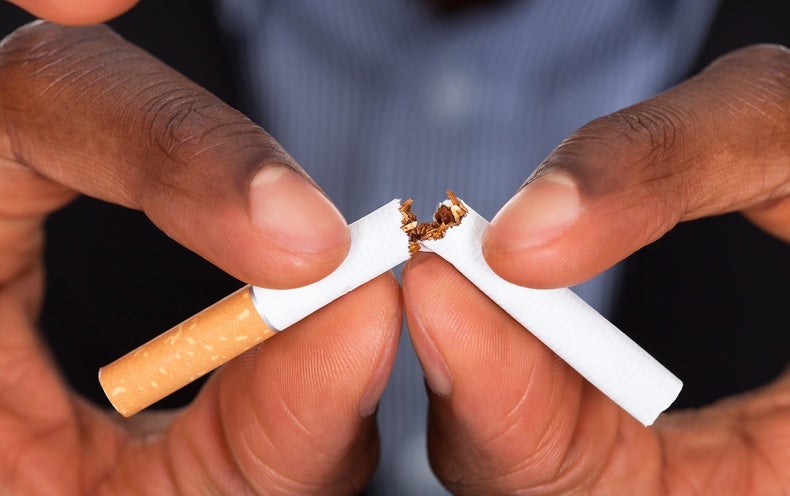 Recent analysis World Health Organization with U.S. Centers for Disease Control and Prevention (CDC) recommends that there is an association between smoking in hospitalized patients and the severity of COVID-19. CDC data It also shows that the number of COVID-19 cases, hospitalizations, and deaths among African Americans is disproportionate compared with other races and ethnic groups. These findings have further increased the visibility of racial health disparities in the United States and the importance of smoking cessation. These two issues are intertwined and exacerbate the risk of poor health in the African American community.

Despite the similar prevalence of smoking, African Americans have higher smoking-related death rates than white Americans, including lower cancer survival rates.U.S. Department of Health and Human Services, 2020). In addition, data from various clinical trials, cross-sectional, and population-based studies have been reliably aggregated to show that African-Americans are less likely to quit smoking than American whites, even if they have the same motivation to quit and may try to quit more.Fagan, 2016, in Health Differences in Respiratory Medicine).

A recent prospective study identified several social determinants of health (SDoH)-the conditions under which we were born, grow up, live, work, and age, including but not limited to lack of home ownership, lower income, and increased neighborhoods Inferiority-is an important factor that contributes to racial differences in smoking cessation (Nolen et al., 2019)In addition, it is more affected by high-risk environmental factors, such as more and more tobacco sales retailers and smoking-allowed housing, which increases the beginning of smoking and exposure to second-hand smoke, making smoking cessation more challenging . In addition, limited access to high-quality medical insurance may reduce access to prescription smoking cessation therapies and other evidence-based methods.

Like many other social issues, the differences in COVID-19 stem from a variety of factors, including discrimination and reduced access to and use of health care; occupations; education; income and the gap between rich and poor; crowded housing; and homelessness (Centers for Disease Control and Prevention, 2021). Recent research has shown that discrimination, wealth and neighborhood issues are the main drivers of difference (Nollten et al., 2019). Especially with regard to smoking, the socio-economically disadvantaged communities are plagued by more tobacco retail stores, increasing the risk of smoking and recurrence.Kirchner, 2013).

It is important to recognize that racial differences in smoking cessation occur in the context of more important cultural issues, which reflect the distrust of many black Americans in the medical system. This distrust is mainly the result of the historical bias of the medical profession to address the health needs of white Americans, often at the expense of the health and well-being of black Americans. This bias is reflected in the lack of diversity in clinical trials and the failure of the medical system to meet the health needs of black communities that are more common and cause more deaths, such as tobacco-related cancer deaths.

Lack of trust, opportunity, and socioeconomic factors may prompt black smokers to choose less effective over-the-counter (OTC) smoking cessation therapies instead of prescription drugs. The former allows them to directly control their healthcare options and does not require a doctor’s office visit. Therefore, culturally tailored communication methods must be developed and unique barriers to smoking cessation treatment must be addressed (Weber et al. 2017).

Effectively addressing racial differences in smoking cessation requires new methods that are more effective on the physical and psychological aspects of tobacco addiction and are tailored to the specific challenges of African Americans. Mobile technology-based methods may be particularly useful in addressing ethnic differences.Data from the Pew Research Center suggests that African Americans are more likely to Get health information Compared with white people on their mobile phones. The National Cancer Research has a text-based messaging program, Smokeless TXT, In order to support smoking cessation, compared with whites, African Americans have an increased rate of quitting smoking, but the rate of quitting smoking is lower (Robinson et al., 2020).

Although many of these are social problems that must be addressed comprehensively, innovative smoking cessation methods and mobile health (mHealth) applications can help high-risk groups, including African Americans, overcome barriers to quitting smoking. One potential benefit of mobile health (mHealth) apps designed to support smoking cessation is their ability to combine situational awareness (such as GPS) information with data provided by patients about where they smoked. This enables the system to send an alert when an individual approaches a location where he or she may smoke, helping to support smoking cessation. Alerts include reminders to use nicotine lozenges or chewing gum before reaching the smoking trigger point, and send messages that encourage and motivate them to stick to their smoking cessation goals.

Importantly, the mHealth method may also provide a mechanism for standardizing and coordinating SDoH assessments, and provide real-time, actionable recommendations that can enhance SDoH intervention. This may be particularly helpful in reducing the need for overburdened community health centers and health providers, while also collecting and integrating data to provide information for accurate population health care. Automated data integration that can generate feasible recommendations can improve patient-provider efficiency, trust, and clinical experience, and together increase the likelihood of treatment participation and positive health outcomes.Heckman et al. 2015). These complementary data-driven methods are necessary steps to achieve healthy, fair and informed precision population healthcare.

QuitBuddy is the first mobile health application that integrates established recurrence risk theories to provide accurate population healthcare; evidence-based treatment; smartphone/GPS technology and SDoH. Therefore, it provides high-impact solutions to address the health disparities of various tobacco-related chronic diseases that have a disproportionate impact on the underserved population. This novel application is undergoing pilot testing and will also evaluate its ability to promote smoking cessation and prevent relapse by providing timely adaptive interventions, as well as enhance the effectiveness of SDoH interventions in smoking cessation and relapse.

The development of other prescription smoking cessation therapies may also help address barriers that make it unlikely that African Americans quit smoking. Current prescription smoking cessation therapies are effective, but they may cause side effects that reduce participation in treatment, regardless of race. Cytisinicline is a natural plant-based alkaloid with a structure similar to nicotine and has been shown to help quit smoking. Cytisinicline has been used in Eastern Europe and Asia for decades due to its safety, tolerability, effectiveness and cost-effectiveness.Currently under evaluation Phase III clinical trial In the U.S. If approved, its potential to improve tolerability could provide an important new treatment that is easier to obtain.

Evidence-based selection is critical to success

Evidence-based choices, whether it is technology, medication, or psychology, can lead to an increase in smoking cessation rates. The importance of the new method is especially important for people who cannot quit smoking with existing medications, because studies have shown that when these people switch to a new treatment instead of retrying a treatment that did not lead to smoking cessation, the smoking cessation rate will be higher. Long-term abstinence (Heckman et al. 2017). Ensuring that African Americans have effective, evidence-based smoking cessation options requires them and their needs to play a central role in the research used to generate the evidence base. Recognizing and addressing the unique needs and challenges of African Americans seeking to quit smoking is critical to increasing their quit rates-a key component of reducing racial disparities in various health outcomes and optimizing health equity.