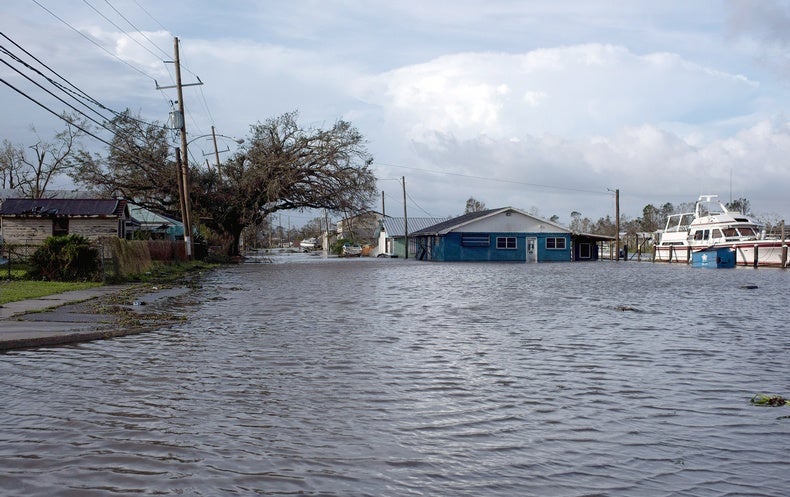 During map: I’m Duy Linh Tu, this is the 60-second science of Scientific American.

Hurricane Ida hit the coast of Louisiana on Sunday. When it landed, it was a Category 4 storm. The 150-mile-per-hour wind knocked down trees, electrical wires, and even entire buildings. More than one million people in the state lost power and at least one person died.

I am a documentary filmmaker. Just two weeks ago, I was in the same place where Ida went ashore. I am making another movie for “Scientific American.” This is the story of Louisiana trying to save its coastline after decades of erosion. Ada is just another major blow to a state that still loses a coastline football field every hour.

In my report, I met Theresa and Donald Dardar, a couple in their 60s from the Native American tribe of Pointe Aux Chenes.

Their community lives on the Gulf Coast, and over 90% of their land has been eroded in the past few decades. But unlike many people in the area, the couple never moved.

Teresa Dadal: Of course, we can build a house and buy a house elsewhere, but it will never be the same. This is the root. Just like a plant, when you take root, you are a plant. You put it in the sun and it will die.

Lin Tu: That was what Teresa told me in my first movie about coastal erosion in Louisiana. At that time, neither she nor her husband Donald had any plans to leave the house, no matter how threatening the water or wind might be.

But this weekend, with Ada’s retreat, mandatory evacuation was required. Teresa and Donald loaded the car with their two dogs and headed to Texarkana, Texas, a six-hour drive away. This is the only place they can find the hotel.

They had to leave most of their property, including Donald’s beautiful five-year-old girl, on the embankment.

Throughout the weekend, I have been talking on the phone and texting with Teresa. We have been sharing very little information about the possible damage to her family and community.

This is the call I called her recently.

Dada: The news we got was terrible… We heard that Donald’s uncle lost his home… It looks like a war zone… We did get water.

Lin Tu: Teresa keeps getting the latest news from relatives who stay at home because their mobile phones are still working. Most news media focus on big cities. Text messages and Facebook posts are the only news she got from Pointe Aux Chene.

Dada: Usually we don’t get publicity…people don’t even know that our tribe exists. …

Lin Tu: Is this big…

Dada: I don’t want to see what that big one looks like…now we don’t have running water…we have to flush the toilets with river mouth water…I pray that we have a place to go back…I can’t control it.

Lin Tu: After we talked for a few hours, Theresa sent me a good message. A cousin inspected her house, and it was still standing. Suffered a lot of damage, but still stood. Moreover, Donald’s horse survived the storm.

Donald and Teresa plan to drive home for six hours today to clean up. But the road to their home was still flooded and impassable. Teresa said they would find a way to solve the problem when they got there.

For the 60-second science of Scientific American, my name is Duy Linh Tu.