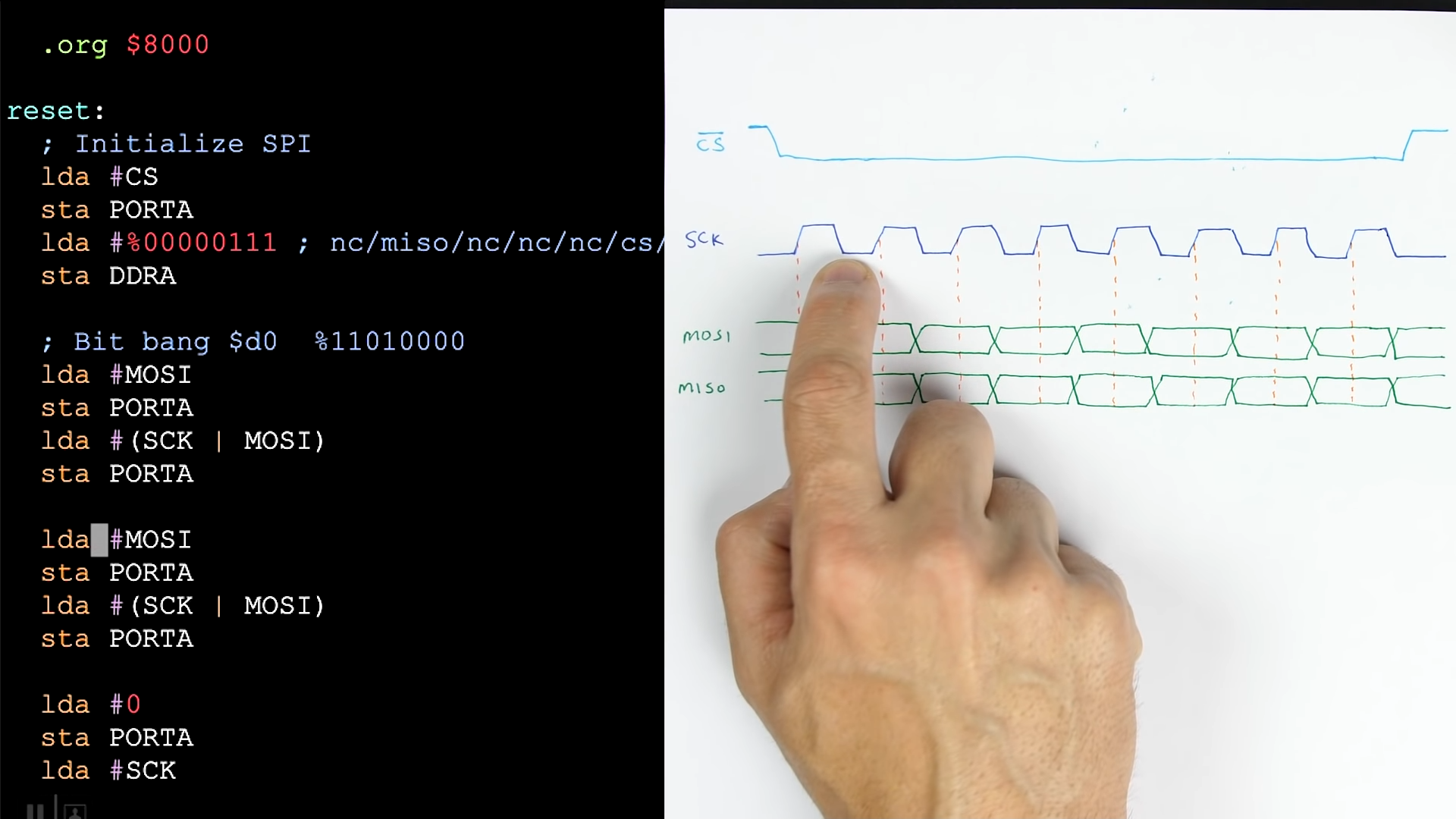 With the popularity of libraries, it has never been easier to communicate with hundreds of different sensors, displays, and sub-modules. But when you type SPI.begin() in the Arduino IDE, what really happens? In his recent video, [Ben Eater] Explore the serial peripheral interface (SPI) and how it actually works.

Most Hackaday readers probably know [Ben] From his breadboard-based computers, such as the 6502 version we launched in 2019. Since then, he has been working hard, adding new and interesting additions to his breadboard computer, and delving into different communication protocols to better understand and implement them. For this video, [Ben] The goal is to connect the BME280 (a universal pressure, temperature and humidity sensor with SPI interface) to his breadboard 6502 computer. Along the way, [Ben] Discussed exactly how SPI works, and why there are so many naming and operation conflicts when viewing different SPI devices.

If you don’t like breadboard computers, BME280 has many other uses, such as helping to upgrade Casio F-91W.