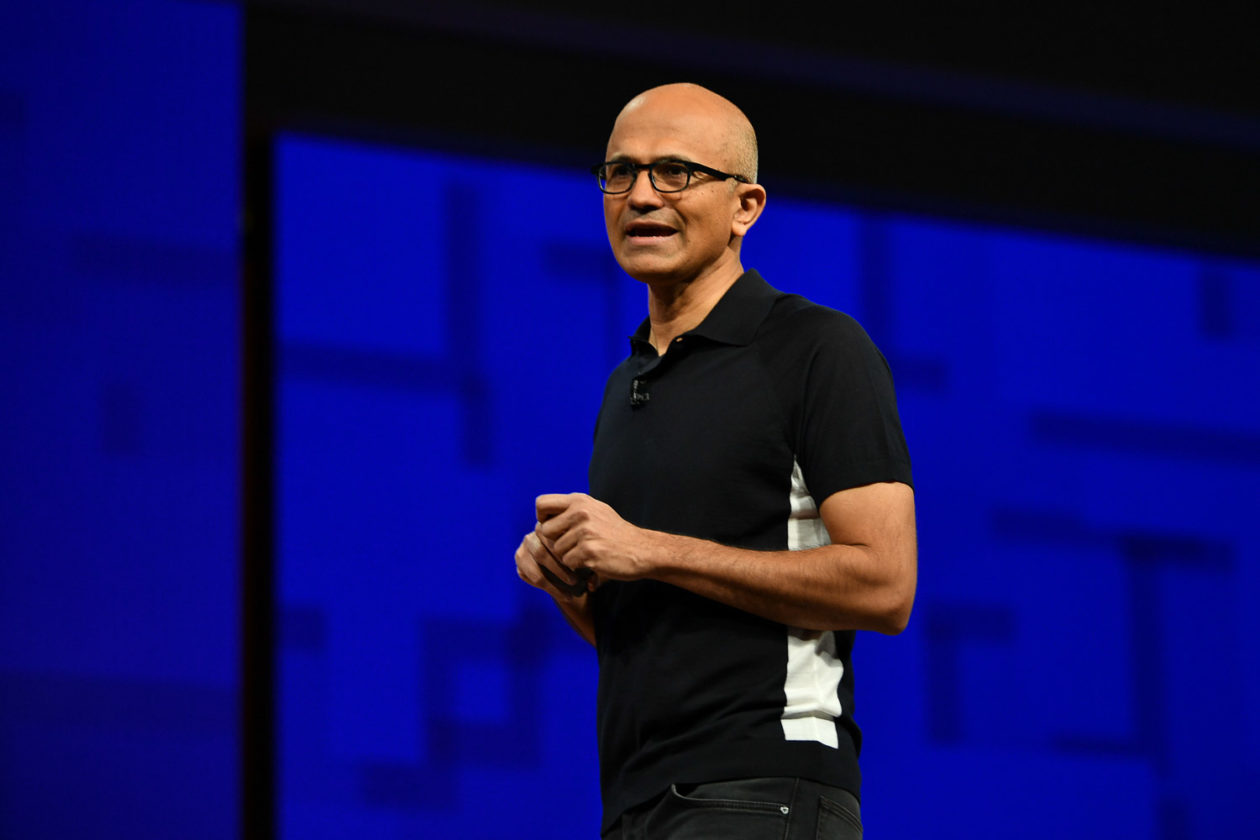 Microsoft reported quarterly revenue of $45.3 billion, an increase of 22%, exceeding Wall Street’s expectations, thanks to the continued strength of its cloud business.
Profit for the quarter ended September 30 was $20.5 billion, an increase of 48% and earnings per share of $27.1, but included an unusual tax benefit of $3.3 billion for the company to transfer “certain intangible assets” of its Puerto Rican subsidiary to the United States.
Without this income, the profit would be $17.2 billion, an increase of 24%, and the earnings per share would be $2.27, exceeding Wall Street’s expectation of $2.07 per share.
Satya NADELLA, chief executive of Microsoft, talked about broader economic trends in the company’s earnings report, calling digital technology “a deflationary force in an inflationary economy”, and described technology as a means for enterprises to “improve productivity and the affordability of products and services”
Microsoft cloud record: the revenue of Microsoft cloud (formerly known as business cloud) increased by 36% to $20.7 billion, exceeding $20 billion for the first time in a quarter.
Microsoft cloud, formerly known as business cloud, is a measurement standard, including “azure and other cloud services, office 365 business, business part of LinkedIn, dynamics 365 and other business cloud attributes” defined by the company.
LinkedIn results: LinkedIn’s revenue increased 42% to $3.14 billion in the quarter. Microsoft said that this result was driven by the 61% growth of LinkedIn’s marketing solutions business, which was used by the company to generate sales leads, website traffic and sales.
Xbox and surface: due to the growth of Xbox hardware, game revenue increased by 16% to $3.6 billion.
Ground revenue fell 17 per cent to $1.3 billion. Windows 11 and Microsoft’s new surface devices were not released until the end of the quarter.
Among the company’s three main departments for financial reporting, Microsoft’s intelligent cloud department grew the most, with revenue growth of 31% to US $17 billion, driven by the company’s azure cloud platform and related service revenue growth of 50%.
The operating profit of smart cloud increased by 39% to $7.6 billion.
Productivity and business process revenue increased by 22% to $15 billion, including office 365 business revenue increased by 23% and dynamics 365 revenue increased by 48%.
Operating profit from productivity and business processes increased by 33% to $7.6 billion.
More personal computers, including windows and related products, reported revenue of $13.3 billion, an increase of 12%. The drivers of this growth include windows OEM and commercial revenue, which the company attributes in part to the higher revenue per commercial windows license.