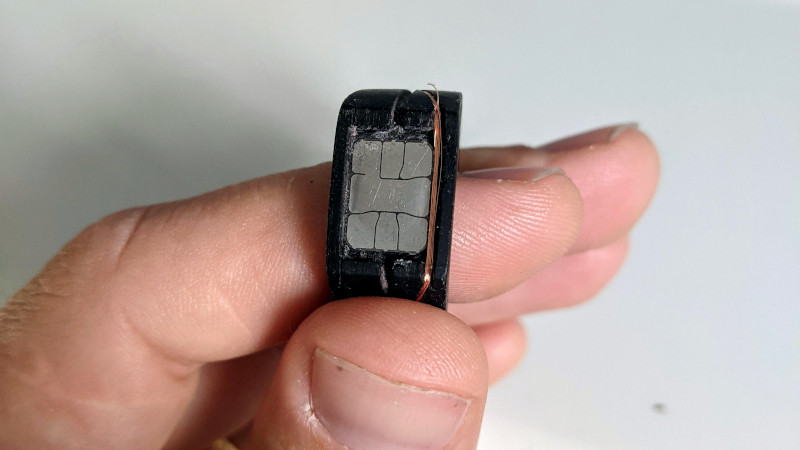 Over the past decade, contactless payment through bank cards supporting NFC has made our daily transactions more convenient, but there is still the cumbersome task of finding the card and waving it on the card reader. Maybe embedded chips are too far for many of us, but what about bank cards in wearable devices (such as rings)? [Jonathan Lim é n] showed us how to remove the NFC chip module from the bank card and install it on a ring embedded with a coil antenna.
The chip in the bank card is installed on a small and thin PCB, with a contact on one side and a coil as an antenna on the other side. Its sensitivity is not enough to work reliably with most card readers, so the card contains a separate printed circuit layer to form a large-scale tuning circuit coupled with the chip antenna. After removing the chip from the card with acetone, he continued to wind a coil around the ring to make a substitute for the card antenna. This becomes a trial and error process, but in the end, the result is a working NFC payment ring.
We like this idea very much, but we will try to eliminate some attempts and errors with the vector network analyzer, and run a few turns of wires as a closer coupling coil of the chip. This is a topic we saw before hackday. We don’t mind doing it again.