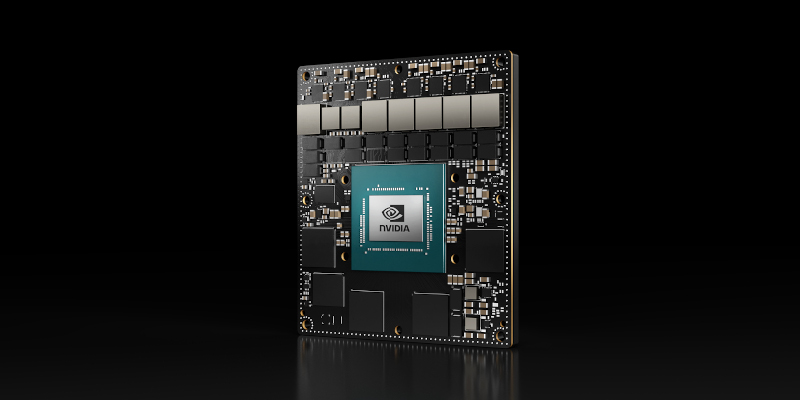 As early as March, NVIDIA launched Jetson Orin, their next-generation arm single board computer, for edge computing applications. The new platform promises to provide “server level AI performance” on a board small enough to be installed on robots or IOT devices. Even the Orin module at the lowest layer has about twice the performance of the previous Jetson Xavier module. Unfortunately, there was a small problem – at that time, orin was only available in the form of a development kit.
Today, however, NVIDIA announced the immediate launch of the Jetson AgX Orin 32GB production module at $999. This is essentially the mid-range product of Orin series, which makes it a logical choice to launch it first. Users who need the high-end performance of the 64GB version will have to wait until November, but the smaller NX Orin so DIMM module still has no official release date.
This is a little disappointing for people like us, because these two so-called DIMM modules may be the most attractive modules for hackers and manufacturers. Their selling prices are $399 and $599 respectively, which makes them more suitable for individual experimenters, and their smaller size and more familiar interface should make them easier to implement in DIY construction. Although Jetson nano is still an invincible deal for those who want to get involved in CUDA, we can certainly see that people are investing in the much more powerful NX Orin board for more complex projects.
Although AgX Orin modules may be a little high for ordinary repairers, their availability is still exciting. Due to the common jetpack SDK framework shared by Jetson series motherboards, the applications developed for these high-end modules will maintain the compatibility of the entire product line to a great extent. Of course, cheaper and older Jetson boards will make them run slower, but in terms of machine learning and AI applications, they will still run around things like raspberry PI.