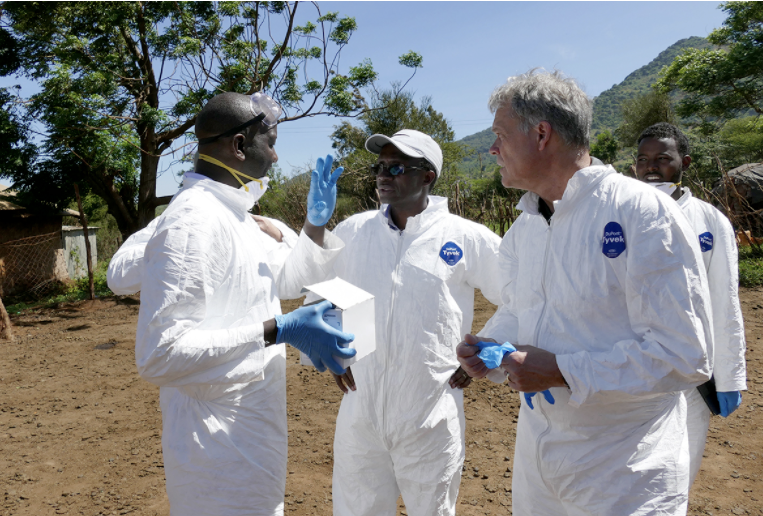 Washington State University launched a $125 million new project this week to collect and analyze animal viruses to prevent the next pandemic. The project is funded by the United States Agency for international development and includes researchers from the University of Washington and Seattle non-profit organizations.
The project will work with up to 12 countries in Africa, Asia and Latin America to establish laboratory capacity to monitor animal viruses, which may “spill” into humans and cause diseases.
“I’m excited about the potential to better predict virus spillover before a pandemic,” Tom kaura, Dean of the Allen School of global health at WSU, told geekwire in an interview. “What also excites me is the capacity-building of countries.”
The project will investigate wild animals and domestic animals of three virus families – coronavirus, filamentous virus (including Ebola) and paramyxovirus (belonging to the same family as measles and Nipah virus).
The project will emphasize safety. “We will strengthen the safe handling of samples, which is an important part of the project,” cabura said. Instead of studying live viruses in the laboratory, researchers will kill them during collection.
There are a large number of unknown virus libraries in animals, and occasionally one of them will cause human epidemics. Ebola probably originated from bats. HIV-1 probably originated from chimpanzee. In 2002, SARS virus could spread from bats to Muscat cats and spread to humans.
The origin of the virus causing COVID-19 -19 is still unclear, and scientists are still debating. Many people say that the most likely is animal origin. However, some people say that the virus may also have been accidentally generated in a laboratory studying bat coronavirus in Wuhan, China. Scientists do not have enough information to know the laboratory or direct animal source, which is more likely.
The debate on the origin of the current pandemic highlights the need for greater transparency and control of laboratory experiments on whole live animal viruses, such as the cultivation of such viruses in human cells. Cabura, who is involved in coordinating the project, stressed that such dangerous experiments will not be carried out in the new project.
Instead, researchers will detect viruses through DNA analysis and test non infectious viral components in the laboratory to assess the possibility of human infection. For example, researchers will isolate and evaluate viral proteins to understand their adhesion to human cells.
Eventually, as the team gathers more information, scientists will be able to better predict the possibility of infecting humans based on DNA sequences and laboratory findings. “Part of this will be the development of algorithms and data analysis to try to make more predictions about algorithms that may overflow into the population,” cabura said.
This information may lead to ways to prevent this spillover, such as by designing ready-made vaccines or drugs.
The team’s goal is to collect more than 800000 samples in the five years of the project, which is called “discovering and exploring the emerging pathogen – viral zoonosis” (deep vZN). The project is expected to produce 8000 to 12000 previously unknown new viruses for analysis.
The project is parallel to another USAID funded project “stop spillover”, which assesses the risk factors of animal to human diseases and implements interventions to stop such transmission.
Kaula and other researchers of the project have experience in building laboratory capacity and training researchers in other countries, which is the focus of WSU Allen School of global health. For example, kaura’s team worked with partners in northern Kenya to study the evolution of mers coronavirus in camels.
Deep vZN will choose partner websites outside the United States based on its commitment to data sharing and whether there is a lot of interaction between people and animals in the region. Other partners in the project include Washington University in St. Louis and the non-profit organization fhi360.