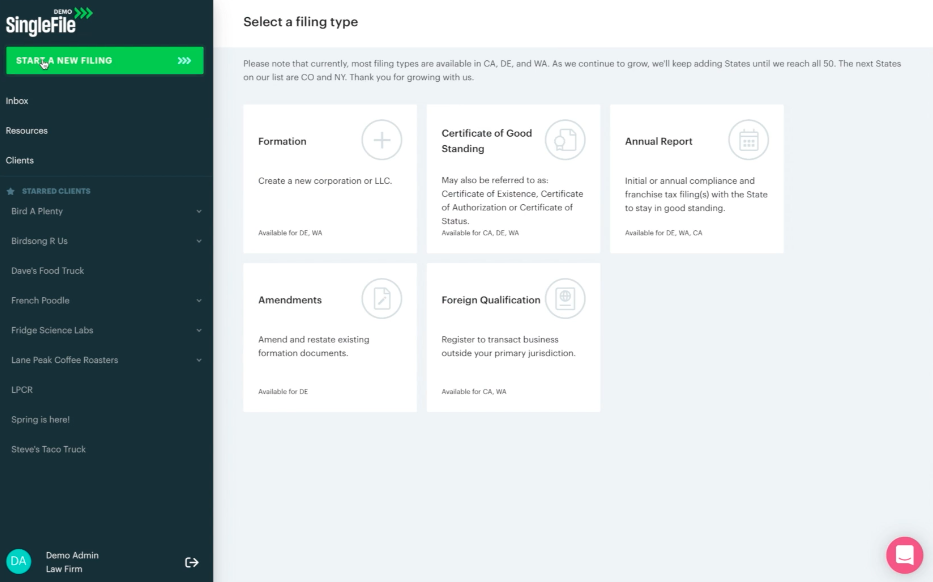 Single fileThe Seattle startup has simplified its filing and compliance workflow, and has added $2.1 million in additional funding to its seed round, which currently totals $5.4 million.

The online filing and registration agency platform of companies and law firms launched a beta version of the product in 2019, and has since attracted thousands of orders from hundreds of customers. SingleFile currently cooperates with six national law firms and is the technology partner of Wilson Sonsini Goodrich & Rosati’s new entrepreneurial platform. Neurons.

SingleFile also adds Aaron Finn As the CEO. Finn is the former founder and CEO of AdReady. Flynn calls him “an experienced operator” with “strong marketing and product background, complementing the existing management team.”

Flynn, who once served as CEO, will assume the position of Chief Growth Officer, focusing on customer acquisition and operations, as the new capital aims to expand the scale of the business and accelerate growth.

SingleFile also added Ramana Venkata, a veteran in the legal and technology industries, to its board of directors.