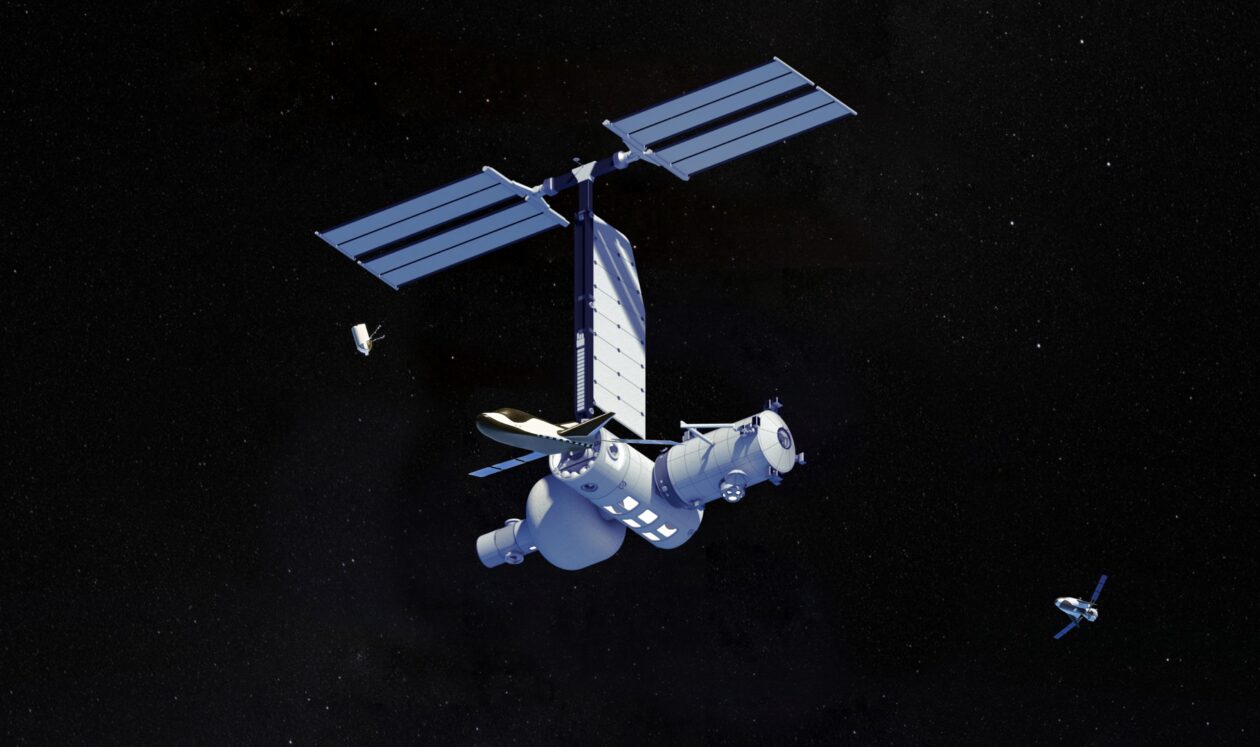 Jeff Bezos’s blue origin space company and its partners won a $130 million prize to launch the design of their orbiting coral reef commercial space station, which may take shape in the years of the gradual decline of the international space station.
The design work of two other teams has also been funded by NASA: nanoracks in Houston will receive a $160 million interstellar laboratory concept, and Northrop Grumman will receive a $125.6 million proposal.
Blue origin – headquartered in Kent, Washington, cooperates with Sierra space, Boeing, Redwire space, genesis engineering solutions and Arizona State University on the orbital reef project.
The project is envisaged as an expandable business park. Boeing’s starliner space taxi and Sierra’s dream chaser space plane will shuttle passengers to and from low earth orbit for tourism, research and space manufacturing projects. NASA may use orbital reefs or other commercial space platforms as transit stations and training facilities for missions outside Earth orbit.

Brent Sherwood, senior vice president of blue origin advanced development project, said at a press conference today: “we are glad that NASA supports the development of orbital reefs, which is a revolutionary method that can make it easier for different customers and industries to enter earth orbit.”.
“In addition to meeting the needs of ISS partners, the orbital reef mixed use space business park will also provide cost and complexity reduction, turnkey services and an inspiring space architecture to support any commercial activity,” Sherwood said. “No one knows how the commercial Leo market will develop, but we intend to find out.”
NASA’s support for commercial Leo outposts follows the model of International Space Station resupply, transporting astronauts and developing lunar landers for future lunar missions.
“As commercial companies provide transportation services to low earth orbit, we are working with American companies to develop space destinations where people can visit, live and work, so that NASA can continue to open up a space road for the benefit of mankind while promoting space commercial activities,” NASA Director Bill Nelson said at a news conference.
Blue origin and Sierra space in Colorado are major partners in the orbital reef project. Boeing will provide its expertise in space station development and management and interstellar transportation services. Redwire space will focus on payload development and operation and large deployable structures.
Genesis engineering will develop its single person spacecraft – basically a “2001” pod equipped with robotic tools – for daily operation and tourist tours. Arizona State University will lead a global alliance focused on research services and public advocacy.

Two other teams plan a similar division of labor: Northrop Grumman will use its experience in the Cygnus cargo spacecraft, the in orbit robot service spacecraft, and the lunar habitation module built for NASA. Northrop Grumman’s team includes dynetics and other partners, which will be named later.

At the same time, nanoracks is working with Voyager space, which regards nanoracks as a subsidiary, and Lockheed Martin. Nanoracks will leverage its experience in payload logistics and deployment, Lockheed Martin will provide a large inflatable habitat and other hardware, and travelers will leverage their expertise in investment strategy and operational integration.
The awards announced today will support design and development by 2025. This will create conditions for NASA’s subsequent awards to certify the commercial space station and purchase payload and crew hosting services.
NASA officials expect to continue to support the international space station until at least 2028, but they recognize that the orbital outpost that has existed since 1998 may have to be decommissioned or disintegrated soon. This is why we are now paying attention to the next generation space station.
Last year, NASA reached a $140 million agreement with Houston based axiom space company to provide a commercial living space for the international space station. Axiom said that the module may be split as the basis for the future free flying space station.