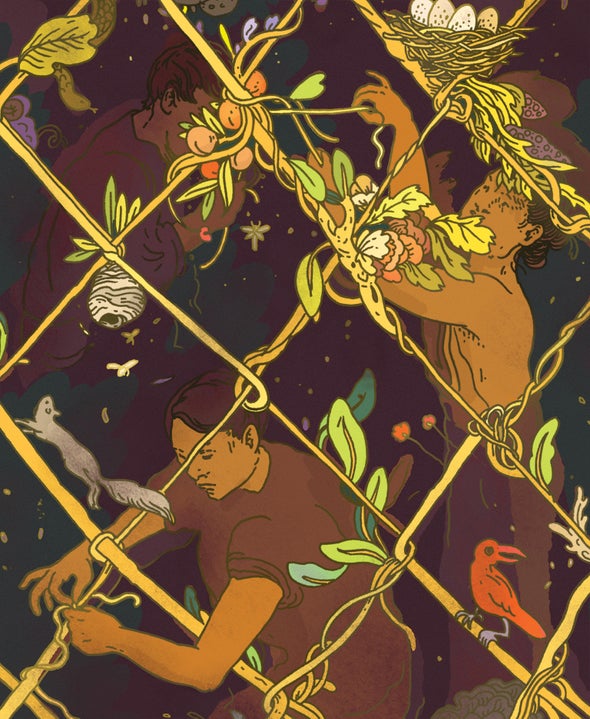 In Yellowstone Park at the end of the 19th century, Sequoia and Yosemite became the first great national parks in the United States. Writer and historian Wallace Steiner called them the “best creativity” of the United States. However, these parks were destructive to the Native Americans living or hunting in their territory. They were basically a colonial act expelled in the name of protection. In the 20th century, similar protected areas began to be reclaimed in developing countries, resulting in millions of “protection refugees”, although the forests of neighbouring countries were handed over to the extractive industry. Protected areas have failed to offset the destructive aspects of development. Since the extinction of most dinosaurs 65 million years ago, animal and plant species have disappeared faster than ever. Even humans cannot guarantee survival.
The United States has taken a small step to make up for it. In June, Debra Haaland, the Secretary of the interior, as the first Native American to hold a cabinet position, said that she intended to safeguard nature and justice by returning the National Bison ranch to Salish and kutnai Federation. Now the Biden administration needs to go further. At the United Nations Convention on biological diversity (CBD) conference in 2021, it should ensure that an ambitious plan to promote biodiversity empowers indigenous and other communities around the world, rather than punishing them for their conservation success.
In 2016, biologist Edward O. Wilson responded to the biodiversity crisis and called for leaving half of the earth to the wilderness. His appeal gave birth to the “30×30” movement to protect 30% of the earth’s land and sea surface by 2030. With the support of more than $1 billion from many scientists, large conservation organizations, more than 60 member states of the ambitious Alliance for nature and humanity and a Swiss entrepreneur, the goal may be adopted by the Convention on biological diversity at its meeting in October.
But critics accuse some supporters of 30×30 of seeking a “new colonial model” to force those who are least responsible for climate change, biodiversity loss and other environmental crises to pay the highest price to avoid these crises. 30×30 can be used by the elite of nation states whose democracy is challenged as an excuse to seize land from marginalized groups. Indigenous peoples’ homes currently protect 80% of the earth’s remaining biodiversity and store nearly 300 trillion tons of carbon. It is precisely because of such abundance that these areas are likely to become the primary goal of “protection”. If this happens, those who often protect nature from the greed of the global north at the cost of their lives will be punished for their efforts. It is estimated that up to 300 million forest dwellers and others may be forced to leave their territory.
Such seizures have occurred. For example, in the Congo Basin, armed ecological guards brutally drove indigenous pygmies out of the rainforest to open up protected areas. These wildlife reserves were expanded after the adoption of the resolution of the Convention on biological diversity in 2010, using 17% of the earth’s land area for nature conservation. However, protected areas are surrounded and sometimes covered by oil, mining or logging concessions. Not surprisingly, the number of chimpanzees, gorillas and elephants continues to decline, although the pygmies have fallen into poverty and suffering.
There is a way to protect the world correctly. Indigenous communities are on par with the government in the protection of biodiversity and have protected a quarter of the earth’s surface. The Convention on biological diversity needs to ensure that they have the right to security over their territories and to protect the resources of those territories. In addition, signatories to the Convention on biological diversity should undertake to return some protected areas, which currently cover 17 per cent of the earth, to the control of deprived communities.
The United States can take the lead in this regard. In May 2021, the Biden government issued a vision of 30×30, including a commitment to support local residents, especially tribal administrations, to protect and restore biodiversity. The United States needs to bring this determination to the global stage at the United Nations Conference to help nature and its most enthusiastic defenders get rid of the militarized protection model it pioneered a century and a half ago. This is a key step that will put on hold the incredible life forms on earth and their native guardians.

This article was originally published with the title “Protect Biodiversity’s Protectors” in Scientific American 325, 4, 12 (October 2021)