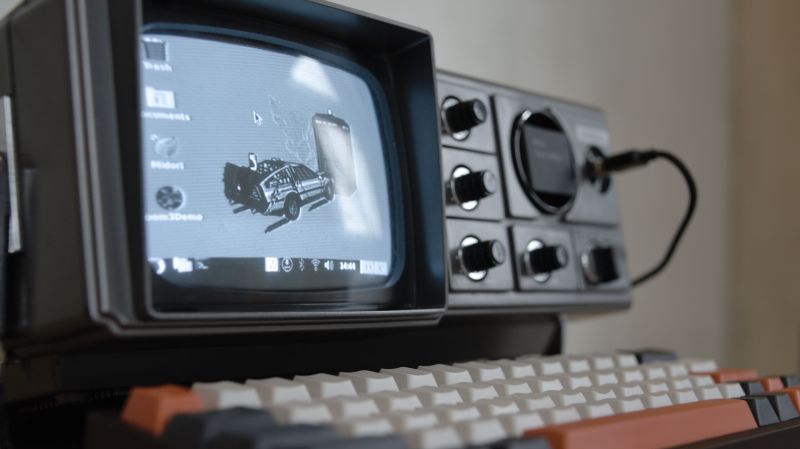 Remember the “suitcase” shape of personal computers? In the days before latops, these portable machines were only suitable for busy executives. Well, it may not be true – but the ability to put PCs, monitors, and peripherals in one package has real appeal, and this rationale is behind the cyberdeck phenomenon. So when we saw this retro portable TV turned into a network deck, it really caught our eye.
Ironically, the portable black-and-white TV chosen by Lucas DUL as the basis of his cyberdeck is roughly the same as the short stay of a portable PC in the sun. The score of MAGNAVOX TV / radio combination on eBay makes its life easier. It needs some surgery to repair the falling damage. With the recovery of CRT and the positioning of video and audio paths, the TV gets a raspberry skin, a small touch pad, and a pair of hidden USB interfaces. The composite output of PI drives the CRT, which is roughly the same as what you expect. The keyboard seems to be just the right size for a cover, but Lucas says it’s a future project.
Nevertheless, this cyberdeck takes the original handle of the TV as the support, emitting a real Compaq or IBM portable PC atmosphere. We have seen some portable and similar network decks before, but none of them dare to use CRT display. This may be far from HDMI, but we are really grateful that (Lucas) chose this way instead of tapping on the LCD.