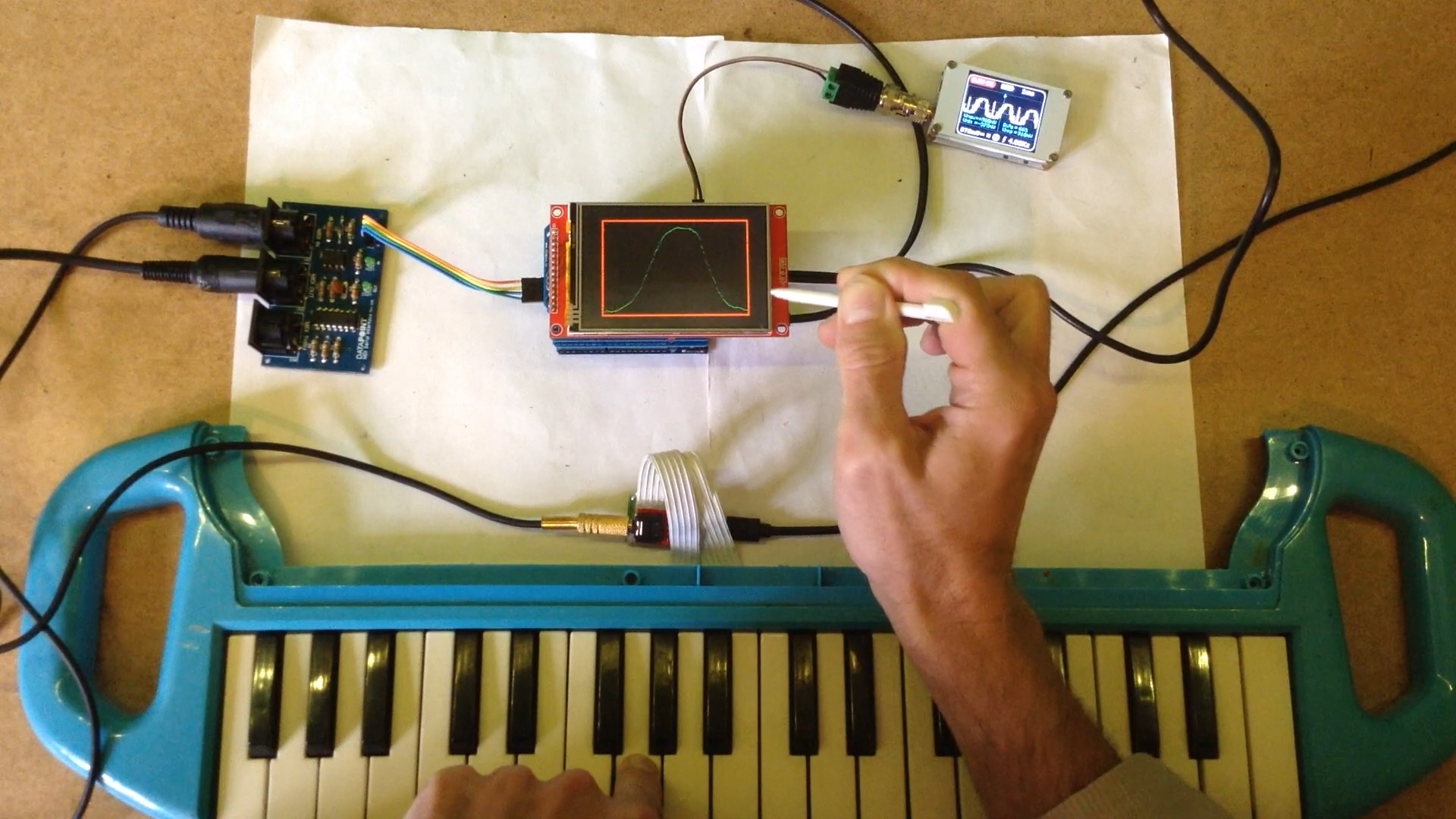 Popular tools in Chiptune software like LSDJ allow users to draw waveforms and use them as the basis for wavetable synthesizers. It’s fun, it can produce some great beeps and bloops. [Kevin] A similar tool has been created using Arduino and touch screen.

The build is based on Arduino Uno, which is the mainstay of the Arduino series. It is connected to the ILI9488 color touch screen display used as the main user interface. Using a stylus, or presumably a finger, the user can draw directly on the screen to specify the desired waveform generated by the synthesizer. The Arduino reads the stepwise amplitude values ​​of the drawn waveform and uses them to synthesize audio based on the MIDI messages received through its serial port. The audio output is through PWM, which is common in low-cost microcontroller projects.

This is an interesting build and we are sure [Kevin] I learned a lot about wavetable synthesis along the way. We have seen his work on other Arduino integrated projects before! Video after the break.