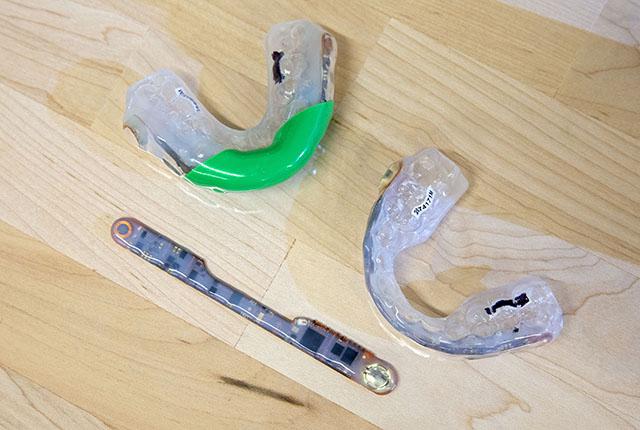 The University of Washington will join three other research universities as part of the National Football League project to collect data and help prevent head injuries in football.
UW players will have the opportunity to wear custom masks with sensors. Players from the University of Alabama, Chapel Hill University in North Carolina and the University of Wisconsin also participated in the game.
According to the NFL announcement on Tuesday, the sensors collect kinematic data, including collision speed, direction, force, position and severity. The alliance uses these data to reduce injuries and reduce overall head impact. Some information informs about changes in rules or advances in better performance equipment, such as position specific helmets.
“We are pleased to be part of this cooperative player safety initiative,” said Dr. Kimberly Harmon, a professor of family medicine, orthopaedic surgery and sports medicine at the University of Washington School of medicine. “I look forward to collecting data and ultimately improving our ability to protect football players from head trauma at all levels – Youth, high school, college and professional players.”
NFL launched the mouth guard sensor project in 2019 as part of the alliance’s $60 million commitment under its engineering roadmap to promote health and safety initiatives. At present, players from 10 NFL clubs use tooth protectors, and the partnership with these four universities is expected to expand to more universities in the future.
This is not the first time the husky family has used mouth protectors to measure head impact. In 2016, the University of Washington helped test a device based on I1 biometrics made in Cochran, Washington