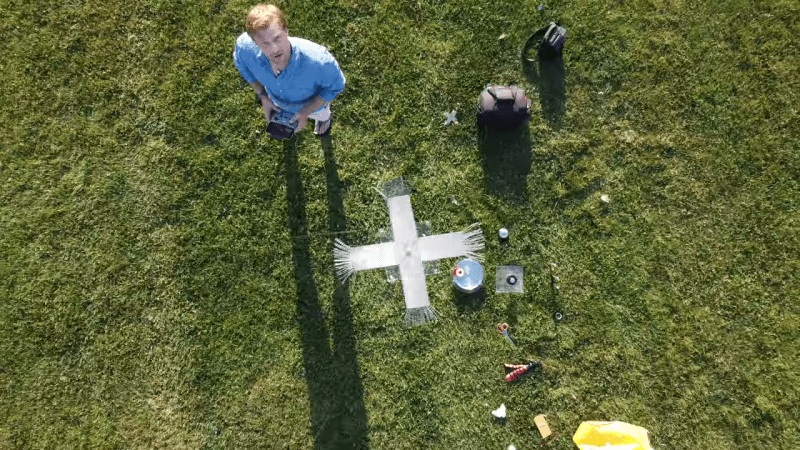 Finally, someone decided to answer a question no one asked: what would happen if Benjamin Franklin had a UAV instead of a kite?

It is true that Jay Bowles did not fly his power collection drone during the thunderstorm, but he did manage to draw some of the same conclusions as Dr. Franklin about the nature of atmospheric electricity. His experimental device is very simple: a DJI mini2 UAV has enough payload capacity to drag a thin magnetic wire to about 100 meters above the ground. A collecting electrode made of metal mesh is connected to the wire and hung under the UAV. Some big nails were driven into the soil to complete the circuit between the UAV and the ground.

[Jay] is very interested in a detector. He uses a self-made electroscope to show what kind of static electricity is

accumulated on the electrode. The first version doesn’t have enough power to do many things. It can only produce a small electrostatic impact, but a larger electrode can deflect the leaves of the electroscope, power the Franklin clock in the beer can version, and run a self-made corona motor. [electroboom] guest play in the following video to explain the physical principle of the setting; It’s strange that he escaped unharmed this time.