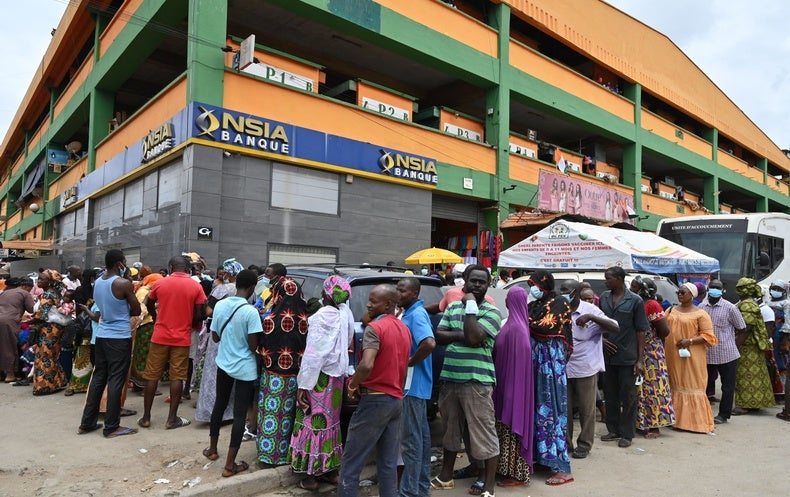 Earlier, the World Health Organization set a goal that by the end of this month, at least 10% of the population in each country will be vaccinated against COVID-19. Its goal is to increase this number to 40% by the end of this year and 70% by the middle of 2022.

Sadly, these goals have almost no chance of being achieved. As of mid-September, more than 5.8 billion doses of COVID vaccine have been vaccinated globally, of which the vast majority (about 80%) have been used for people living in high-income and upper-middle-income countries. Less than 0.5% of the dose is used in low-income countries.

The reason for this huge difference is that most of the vaccine supply currently available has been acquired by a few countries, rather than being fairly shared through global mechanisms such as COVAX, which develops and distributes COVID vaccines to countries that need them. (COVAX is organized by WHO, Epidemic Prevention Innovation Alliance, Global Alliance for Vaccines and Immunization, Vaccine Alliance, and UNICEF.)

The richest countries in the world — those belonging to the G20 — failed to commit to a fair distribution of this global public health product, and instead chose to give priority to boosters for people who have been fully vaccinated in their country. Here, we must distinguish between the third two-dose vaccine for some people and the booster injection for everyone. The third shot should be given to people with weakened immune systems—for example, transplant recipients who don’t have enough antibodies to protect them.

In contrast, booster injections for people who have been fully vaccinated are aimed at increasing the immune response. The WHO has called for a moratorium on intensified injections before the end of the year. We believe that more data is needed to determine which people may need boosters and when.this The data we have now It does not support booster injections in the general population.

Some evidence suggests that over time after vaccination, antibody levels will drop and reduce the effectiveness of anti-infection. However, there is currently no credible evidence that the protection of the COVID vaccine against serious illness, hospitalization or death has been significantly reduced. In addition, premature or too frequent extensive administration of boosters may lead to adverse reactions, which may also have unintended consequences for vaccine acceptance.

We believe that more data is needed to make the booster policy based on science. It is necessary to study whether the use of a vaccine that is different from the original vaccine is more suitable for booster immunization. Is it possible to use divided doses, which people (such as the elderly) need these injections, and how often they are injected. Currently, with billions of people around the world not even vaccinating the first dose, it makes no sense to provide boosters to people who may not actually need them. These billions of people include medical staff on the front lines of this pandemic. Prioritizing vaccination of all these people will prevent countless deaths. The near-term global goal should be to provide high coverage of the first and second doses of vaccines to priority populations in every country, not just a few countries.

If the G20 countries now share their vaccine supply with COVAX, they can immediately be distributed to 92 low- and middle-income countries. Although COVAX has negotiated agreements with multiple manufacturers and is preparing a wide range of vaccines, the company is prioritizing sales to high-income countries. Export restrictions, shortage of raw materials, and lack of transparency in contracts between companies meant that the supply of COVAX was far below expectations. The most recent update has reduced the expected supply this year by 25%. Even if all the initially expected doses are passed, they will only cover 20% of the population in low- and middle-income countries.

About 18 months have passed since the pandemic (the biggest public health crisis in more than 100 years), and as many as 10,000 people still die every day. They include unvaccinated people, the elderly, and other vulnerable groups at the frontline of healthcare in countries with little or no access to vaccines. Resource-rich countries can quickly end this deadly inequality-as long as they have the moral support to do so.

This is an opinion and analysis article, and the views expressed by the author or author are not necessarily those of the author Scientific American.