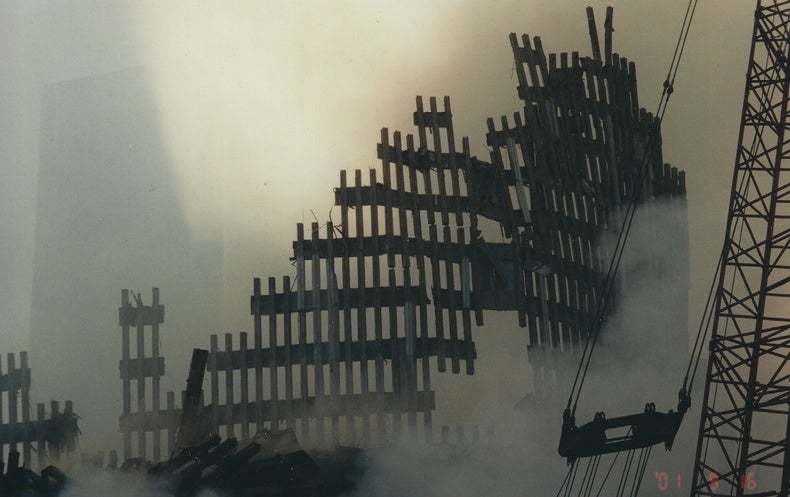 The 9/11 incident shocked the world. Before that day, we could not imagine anyone would commit such violence so boldly and cruelly. We cannot imagine that two iconic 110-story skyscrapers would collapse in the center of American cities, digging out hundreds of feet of other buildings from all directions and crushing them. We asked ourselves: “How could this happen? How could they collapse?” These are natural questions that express the scope of the loss we felt that day.

Structural engineers also asked these questions, but they also asked the opposite question: How did the tower of the World Trade Center withstand the attack, even for a short period of time? The damage is widespread. A commercial aircraft flying at near maximum speed crashed into a building, cutting a large area from the outer wall, causing extensive damage to the interior. Shouldn’t this be enough to cause an immediate crash?

The twin towers are not designed to resist the kind of destruction they experience. At most, when designing, people worried that the wrong plane might accidentally hit one of the towers. The engineer may assume that the fire in any building may be limited to one floor, and the sprinkler system will work normally.

What we see is very different. Many key structural elements were immediately destroyed, several floors were ignited at the same time, and sprinklers were destroyed. Although these buildings are short-lived, it is mainly because their structure has redundant mechanisms to support weight.

You have seen photos of the tower before 9/11. There are narrow windows on the outer wall, and steel columns with unusually close spacing on both sides. There are also deep beams on the floor, forming a tight steel grid that covers the surface of the building.

Most of the welding is done off-site. The three-story, three-column-wide lattice panels are manufactured in the factory and then shipped to downtown Manhattan. To increase strength, these panels are staggered vertically like a puzzle, so that all their tops and bottoms are not aligned on the same floor.

The four sides of each building form a pipe with window slots. The tube is designed to transfer the weight of the building and its contents directly down to the foundation. The walls act as vertical beams, as wide and high as the building, bending to one side to absorb wind loads.

When the aircraft cut rows of columns and beams on the exterior wall, the lattice area above the damage provided several layers of deep horizontal beams, spanning the cracks. At the same time, the damaged exterior wall was partially suspended from the upper structure.

The strength of the closely spaced structural elements allows the wall to sag slightly without failing completely. In that state, the tower allows many occupants under the collision floor and in the surrounding buildings to escape.

When the intense fire inside the tower weakened the floor system supporting the outer walls, it eventually failed. When the wall bends, the upper part of the building collapses like a block, and when it collapses, it passes through the lower floors, just as an axe cuts it through the wood.

We also know that the Pentagon was attacked by planes on 9/11. What may be less known is that some damaged areas stood for about 20 minutes before it also collapsed. The Pentagon was five stories high. It was hit by an airplane on the first floor, blowing up many of the pillars there and a few on the floor above. However, it lasted long enough to allow everyone on the upper three floors to evacuate before the collapse.

The Pentagon has a reinforced concrete frame and a “two-way” floor system: beams extend in both directions between the columns, providing an auxiliary mechanism to support the weight. When the pillars were destroyed, the buildings above drooped.but Criss-cross ground beams Act as a net to support the area above the damage.

The reinforcement patterns in the pillars create ductility-meaning they can deform sharply without fatal fractures. Although the column is bent into a banana shape, it is bent up to three times the diameter of the cage at the middle height. Even with such a large deformation, many severely damaged columns still support the weight, thus limiting the floor area that needs to be used as a net.

The final collapse of the Pentagon is much smaller than the total undercut of the airplane. Like the tower, it also collapsed because the strong fire power further weakened the key beams.

The structural engineering major studies events such as the 9/11 event to improve practice.Many of these studies are conducted by organizations, such as Structural Engineering Institute of American Society of Civil Engineers (SEI/ASCE), the National Institute of Standards and Technology, and the Federal Emergency Management Agency have documented features that enhance resistance to extreme attacks, such as redundancy and malleability. Based on this information, researchers and practical structural engineers are working hard to make our structures safe and economical in daily use, and can survive damage.

Of particular concern is the possibility of “disproportionate collapse”, which is a widespread collapse after very local damage. We anticipate that serious damage may cause collapse, as happened on 9/11, but we work hard to prevent small incidents like ordinary fires, explosions, or wrong road vehicle strikes from causing cascading collapses.

After the Alfred P. Murrah Federal Building in Oklahoma City was bombed in 1995, SEI/ASCE issued new explosion-proof design guidelines. The fire that eventually led to the collapse of the World Trade Center and the Pentagon prompted SEI/ASCE to advocate better analysis of the impact of fires on buildings. Soon, SEI/ASCE will issue recommendations on mitigating the possibility of disproportionate collapse.In order to collect and disseminate more information, SEI/ASCE has established Collaboration report for a safer structure, A communication center for engineers to share their failure experience.

Like everyone, structural engineers mourned the human, physical, and social losses caused by 9/11. We are worried that catastrophic structural failures may occur in the future. However, when a failure occurs, engineers and other partners in the construction industry are not complacent. We learn, we learn, we progress.

This is an opinion and analysis article. The views expressed by the author or author are not necessarily those of the author Scientific american.