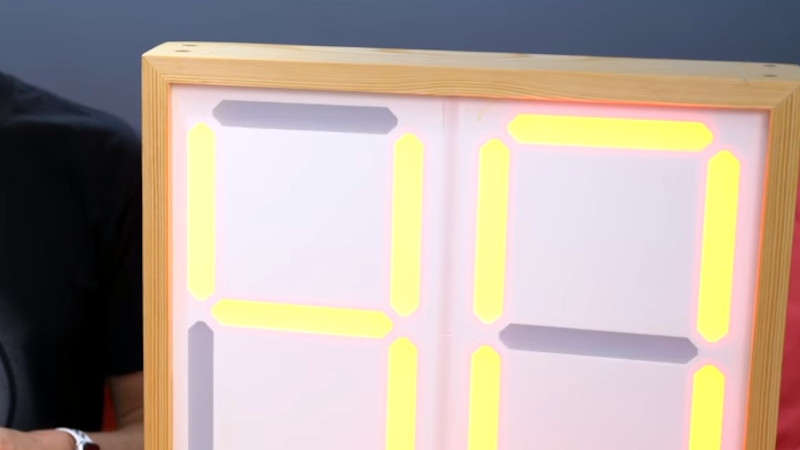 Sometimes, you need to display a number of the right size to make it easy to read from a long distance. [Lewis] it’s like this: a large expandable 7-segment display.
The build is modular, allowing expansion from 2 bits to 10 bits or higher. The number itself consists of 3D printing components assembled on acrylic acid. These can then be combined into a wooden frame to display larger numbers and more numbers. Individual elements are illuminated by addressable LEDs, and the project can be controlled using Arduino nano or esp8266. The latter opens the possibility of controlling the screen via WiFi, which may prove useful.
[Lewis] built his own version for a local swimming club, where it will be used as a lap timer. Other applications can act as scoreboards in various sports, or confuse neighbors by displaying random numbers in the front yard.
We have seen a similar build from Ivan Miranda, as well as a workshop clock. Video after break.