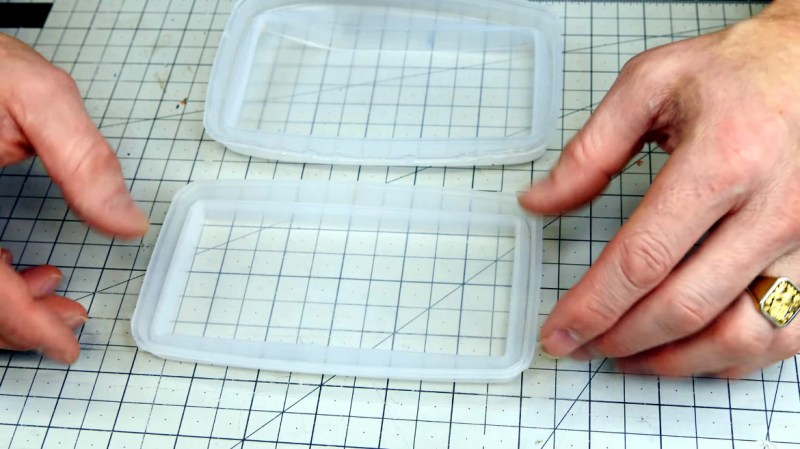 You may remember that a few weeks ago, industrial designer Eric Strebel tried to make a foldable silicone container with a 3D printing mold. After dozens of attempts, he finally succeeded. It was commented that commercial containers were formed in the folded position rather than the unfolded position. Therefore, Eric naturally had to try after seeing the photos of these molds.

Sand is added to the partially cured silicone sheet to form the shape of an expansion mold. This time, [Eric] added some handles to the mold and used wax and spray release agent before pouring the degassing silicone, making things easier. The first was a failure – he made it solidify all the time in the collapsed mold, and it just didn’t want to keep expanding. In the second attempt, [Eric] decided to pull the workpiece during curing for about 5 and a half hours.

After careful demoulding, he pressed it into the groove of an older mold, which was formed when the container was in an expanded state. Then he filled it with sand and let it heal the rest of the way. The result was good, but even so, [Eric] made a third attempt. In about 3.5 hours, when the silica gel was still viscous, he pulled it out. He played the sand trick again, but this time, he climbed up the wall with a rope and crossed the edge of the wall, so that the air trapped under the sand could escape. The final result looks great. Although it is a little lax, [Eric] puts the final product in a framework to make it more robust. View the process in the video after the break.