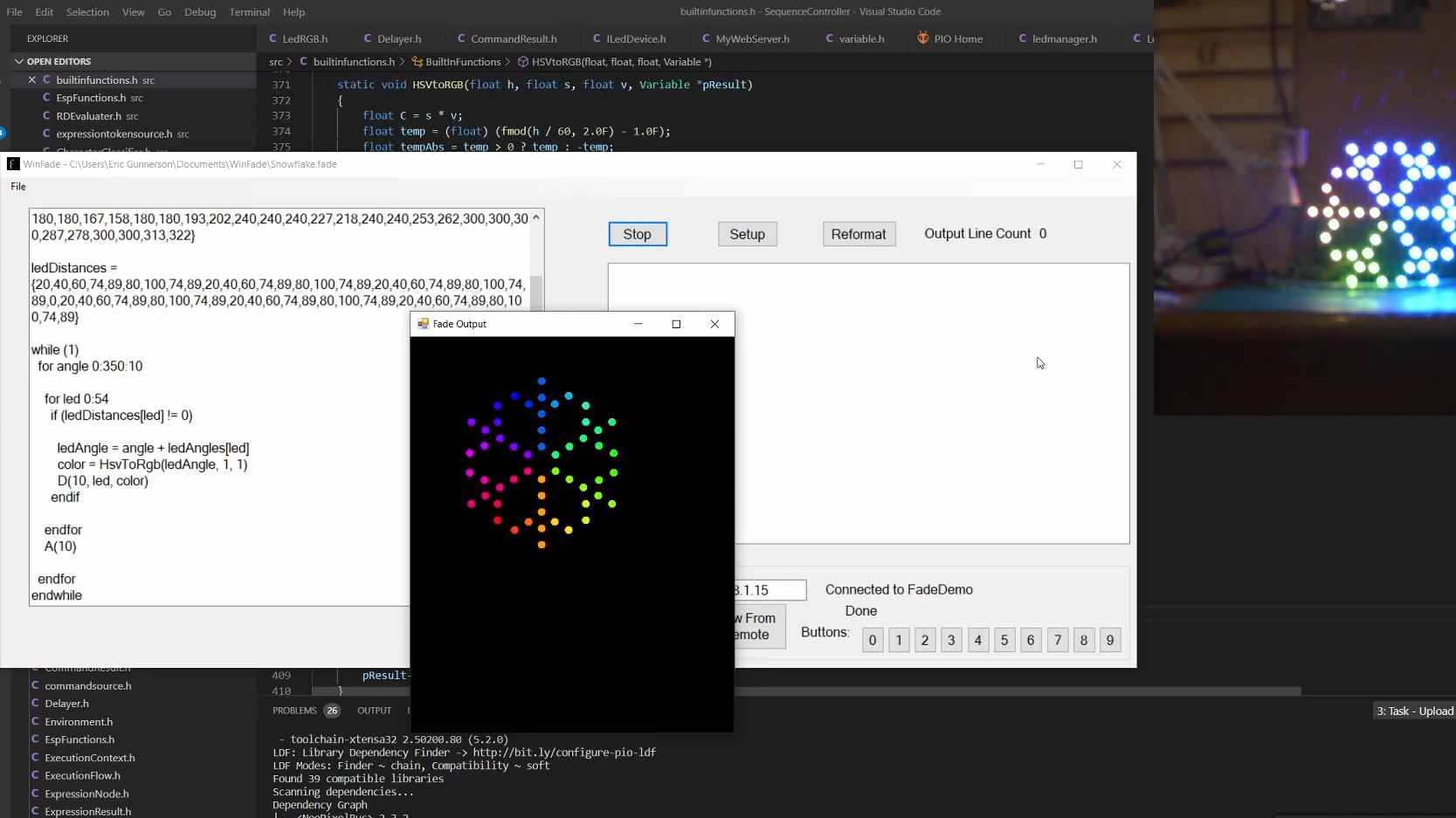 [Eric Arcana] Animated holiday decorations have been created for years, which involves a lot of custom code to make things light up the way he wants, pulling the microcontroller to make changes.It’s easier to use the ESP32 with remote software updates, but [Eric] I also want to make the code simpler.To achieve this goal, he created fade, A custom programming language/framework for controlling LED animation from ESP32.

Fade is written for addressable RGB LED, such as Neopixel/WS2812. It tracks the current color of each LED in the system and allows the user to define what color it should be at a specified time in the future. The time is specified using a 10 ms clock period. The LED will smoothly change from one color to another within the specified number of clock cycles without specifying what the intermediate color should be.

The code is written in a simple IDE and runs on the ESP32’s own Web server, or runs on a remote Windows PC. The language is very simple, but still powerful enough to create complex LED animations. A key part of it is the ability to specify multiple concurrent state changes in just a few lines of code. [Eric] It also includes the option to accept touch button input and use them to update the animation. Another nice feature is the simulation window on the desktop IDE. It allows you to create custom LED layouts on your PC and test your code without sending it to ESP32.

Addressable LEDs make it easier to create large LED installations, such as this 6-foot LED ball or LED video wall.