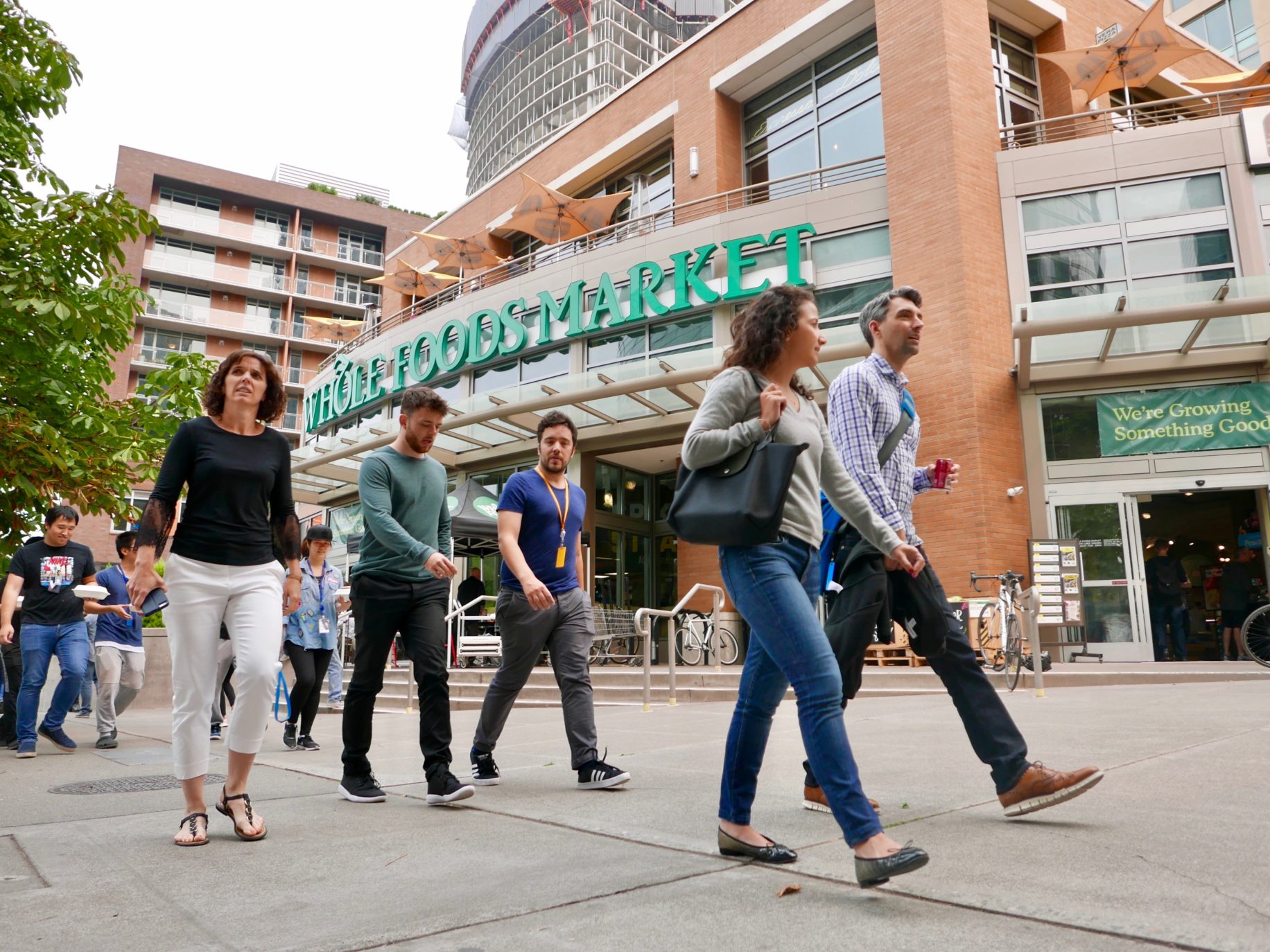 Amazon is introducing more technology to Whole Foods, Announced on Wednesday The “Just Walk Out” cashierless experience originally launched in Amazon Go convenience stores will now begin to be launched in larger chains.

The technology relies on a series of cameras and sensors to track shoppers’ choices, and is currently used in more than 20 Go stores in the United States and the United Kingdom, as well as several Amazon Fresh stores. The technology is used in a large grocery store this summer, Bell, Washington Bellevue (Bellevue, Wash.) opened a new Fresh store and became a tourist attraction.

The first Amazon Go opened in Seattle in January 2018. Dilip Kumar, vice president of technology for Amazon Go, told GeekWire at the time that the idea was to “break the boundaries between computer vision and machine learning” and create “easy experiences” for customers.

Kumar said on Wednesday that three years later, customer feedback showed that shoppers “like being able to shop quickly and easily without having to queue for checkout.”

After acquiring Whole Foods for $13.7 billion in 2017, Amazon significantly expanded its physical retail business and entered the grocery field. Since then, Amazon has introduced many Prime membership benefits and other innovations in the store.

There are about 500 Whole Stores, and Amazon will only say “We will start from there” on whether “Just Walk Out” will affect the entire chain after the first two stores.

Amazon said it has expanded its computer vision algorithm to support Whole Foods’ grocery selection. Customers using this technology can enter the store by scanning the QR code in Whole Foods Market or the Amazon app; hovering their palms with Amazon One; or inserting a credit or debit card associated with their Amazon account.

Customers will shop as usual before exiting the scan or inserting their input method again. These shoppers will receive a digital receipt in the Whole Foods app.

The two stores will still provide self-checkout channels for shoppers who skip the “Just Walk Out” method.