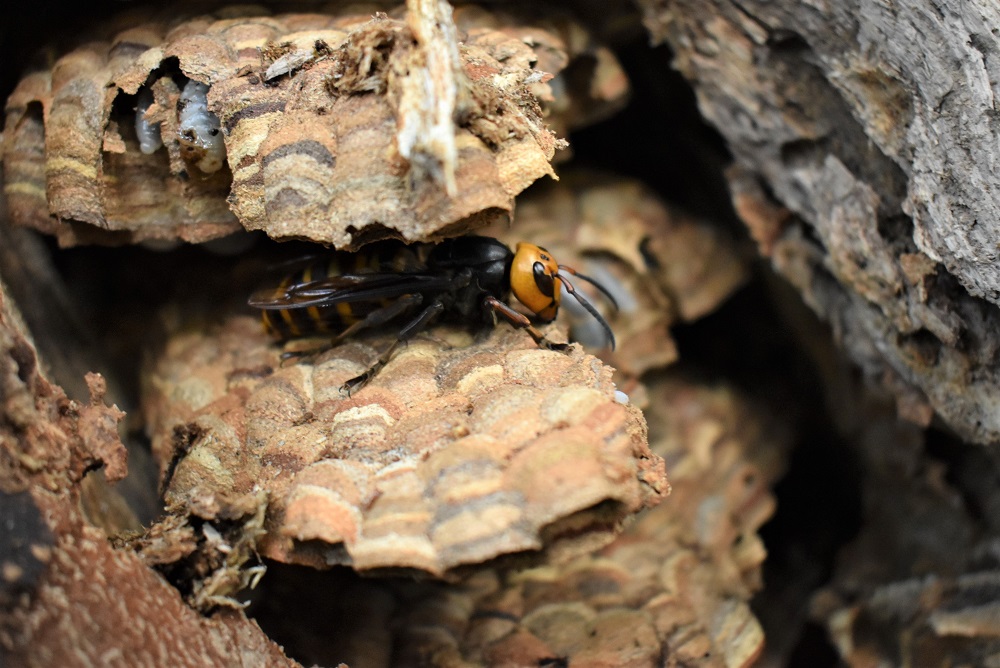 The Washington State Department of Agriculture tried to stay ahead of the invasive pests sometimes referred to as “murder bumblebees,” so it has removed another giant Asian hornet nest from a tree in Washington.

On Wednesday, WSDA removed the nest from an alder tree in Whatcom County, east of Blaine, Washington. It is about two miles away from where a nest was cut from another tree last year, not far from where the live bumblebee was found on August 11.

WSDA said in a statement Press Releases On Thursday, its staff sucked out 113 worker bees from the nest and fished another 67 wasps in the area. When the bark and rotting wood were removed from the roots, the workers found that the bumblebee had chewed off the inside of the tree to make room for the nine-comb nest. It contains nearly 1,500 bumblebees at various stages of development.

The part of the tree with the nest was cut and transported to the extension of Washington State University in Bellingham, Washington for further analysis.

Last week, the nest was found using micro-radio tracking technology strapped to the bumblebee. The bumblebee was caught by the trap and released. A high-tech insect tracking method was adopted last year, involving some equipment insights and guidance from researchers at the University of Washington.

WSDA owes the help of the public to continue to locate and identify the Hornet.

WSDA management entomologist Sven Spichiger said in a statement: “Although we are happy to discover and eliminate this nest so early this season, this discovery proves the importance of public reporting.” “We hope there will be more out there. The nest, like this nest, we hope to find them before they produce new queen bees. Your report may lead us to find a nest.”

The Asian hornet is not native to the United States, but the largest hornet species in the world. The first sighting occurred in December 2019 in Washington State, USA. As we all know, bumblebees can attack and destroy the hive of bees, and can kill the entire hive within a few hours.

WSDA will continue to set traps for the Asian Hornet until the end of November.