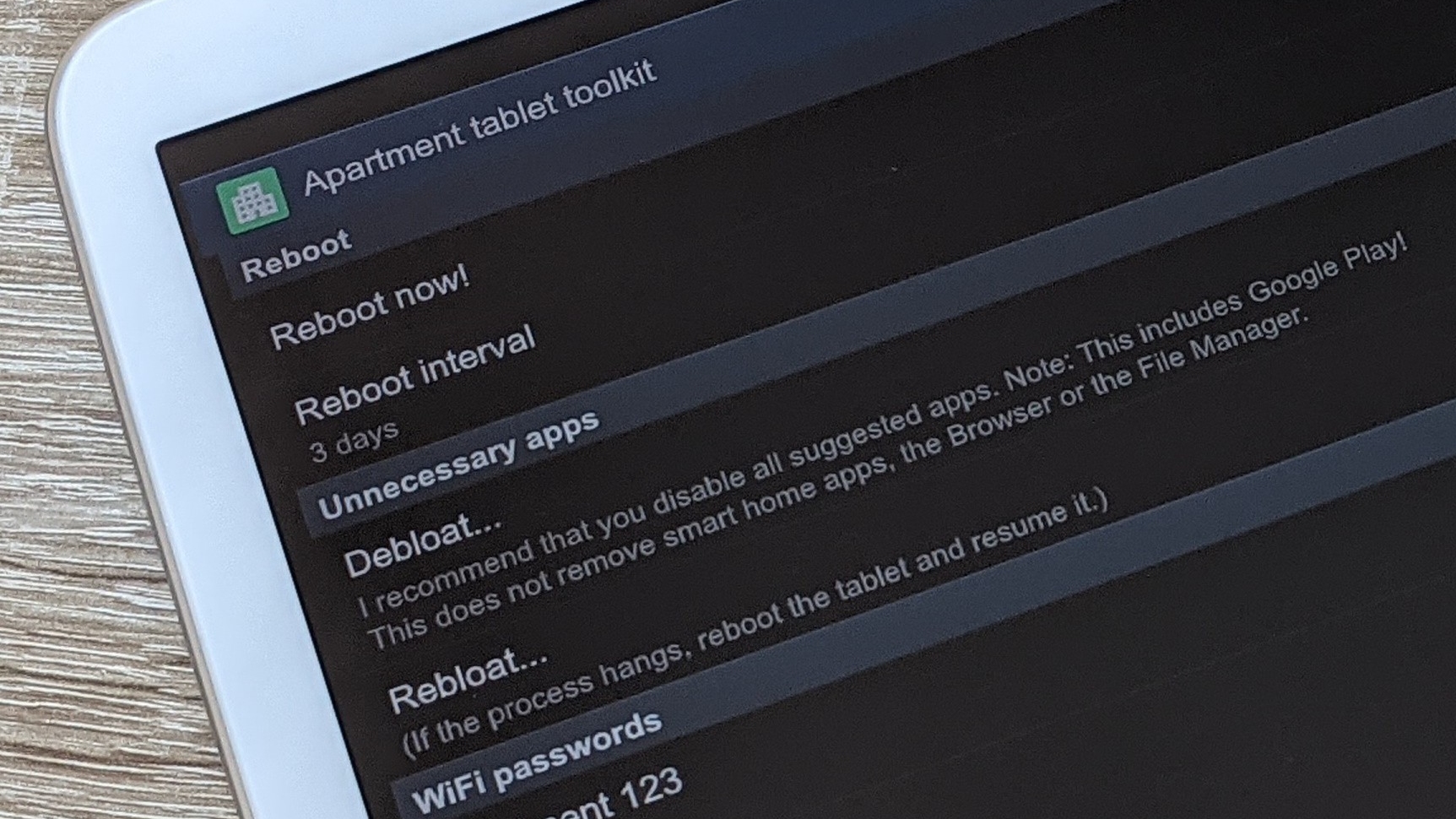 [Neighborino]The smart home system controls windows, shutters, sockets and HVAC. But when high-rise apartments are ready to move in in 2015, smart home controllers have already shown their age. You will see that the contractor installed an application to run the family’s programmable logic controller (PLC) on the existing Galaxy Tab 3 hardware. Yes, that is a tablet originally released in 2013. Then they installed the tablet computer on the wall of each apartment, destined to always rely on the supplier for the homeowner.

Not long ago [Neighborino] And their fellow residents are dealing with stability issues. Expansion software from Samsung and Google caused severe slowdowns, and the undisclosed WiFi password of the PLC system prevented the replacement of the controller.

As an Android developer, [Neighborino] Siege the walled garden in front of him. This article details the task of performing a direct hacking attack on anything other than the target x86 hardware.

First fruit [Neighborino]The company’s effort is to hack old tablets that display WiFi passwords, allowing owners to connect their controllers to their smart homes.Of course, this is Hackaday, so you know [Neighborino] It didn’t stop there.

Although having to deal with two different versions of Android and tablets Built on the wall of a non-hacking neighbor’s apartment, [Neighborino] The APK was successfully sideloaded. This freed them from the shackles of the company that installed the original system and gained a longer service life from Samsung in the Snowden era. The anti-bloat tool can free up memory and restore the system to a state close to performance. Restarting the scheduler allows the x86 tablet to run without user intervention. Of course, the WiFi password revealing program makes the yard in the walled garden wasted.

If you like smart home hackers, we recently introduced voice-controlled smart home settings, and another one that recently combined smart home with dumb terminals. Be sure to share your own smart home skills with us through Tip Line!