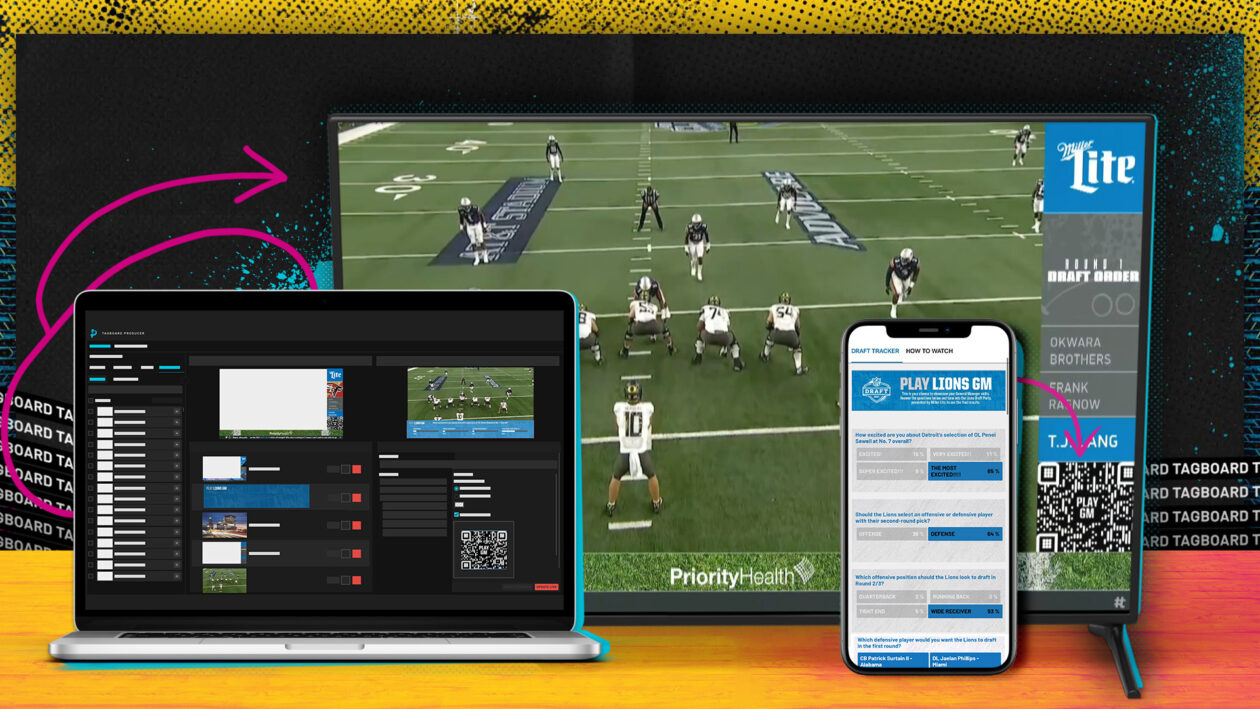 Seattle area startup tagboard raised $8 million to improve the live production technology used by sports and entertainment companies.
Founded in 2011, tagboard was launched more than a decade ago to help teams such as the Seattle Mariners find and display fan social media content in their stadiums during the game.
Tagboard still works with sports teams and alliances to post social posts, but also expands its products, including cloud based production platforms and graphics systems. The 40 member company has more than 600 customers, including CNN, fox, telemundo, etc.
Part of the appeal of tagboard is to help improve efficiency by moving graphics system production to the cloud and allowing remote operations.
Nathan Peterson, who was promoted to CEO last month, told geekwire: “due to the number of choices, the audience’s attention is less and less distracted in linear and digital broadcasting. The network must embrace cloud innovation and produce stories in a more efficient and influential way.”. “Tagboard eliminates the complexity and cost of traditional production hardware, enabling producers to produce programs anywhere in the world, whether they are traveling abroad, working from home or in a broadcast studio.”
Peterson pointed out that tagboard cooperated with NBC sports to produce interactive clips for traditional radio and television and live online coverage of the Winter Olympics. Peterson pointed out in a blog post that these works “can be easily produced in completely remote global locations”.
Peterson replaced co-founder Josh Decker, who is now chairman and chairman of the board. Peterson joined the board for promotion.
Axios first reported the financing news.
Tagboard previously raised $5.7 million. Round a is led by greyhock capital and the next frontier capital. Other supporters include Sinclair broadcast group and wise ventures.
Tagboard ranks 107th among geekwire’s 200 top start-ups in the Pacific Northwest. In addition to Peterson’s promotion, the company has recently added four executives:

Rinka Baumgart served as chief strategy officer. Baumgart recently served as marketing director of AgNi, a food company. Baumgart previously led the strategic plans of tilray and leafy, marijuana lifestyle companies.
Kirk Dickinson served as chief financial officer. He was CFO of react mobile and Allrecipes.
Sergei Lvov served as vice president of engineering. Lvov recently served as the engineering director of applied VR and led the software development of NFL media.
Amanda konarek is the vice president of acquisitions. She used to be the head of her own recruitment company AK talent partners.