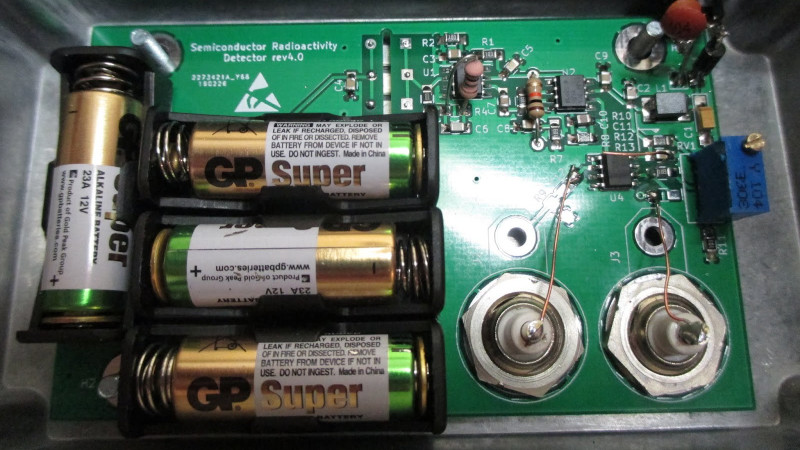 The instinctive reaction when measuring nuclear radiation is to think of the Geiger counter, because the low-pressure gas tube detector entered our popular culture through the Cold War. However, general-purpose tubes are not the only game in town, and even the humble photodiodes can be put into use. [Robert] Gave us a good example, An independent radiation detector head Use three BPW34 to complete this work.

At its core is the transimpedance amplifier, which is an unusual operational amplifier configuration that can be used as a very high gain current-to-voltage converter. This generates a spike for each radiation event detected by the diode, which is fed to the comparator to generate a logic pulse. Diodes require a large bias voltage, so he uses 48 V from a 12 V photographic dry cell stack instead of a boost converter or other power sources that may be noisy. This sensitive high-gain device requires proper shielding, so the entire circuit is contained in a die-cast box with a foil window to allow radiation to reach the diode.

This is not the first BPW34-based radiation detector we have seen, so maybe we should check the semiconductor catalog before looking for remnants of the Cold War for our radiation experiments.