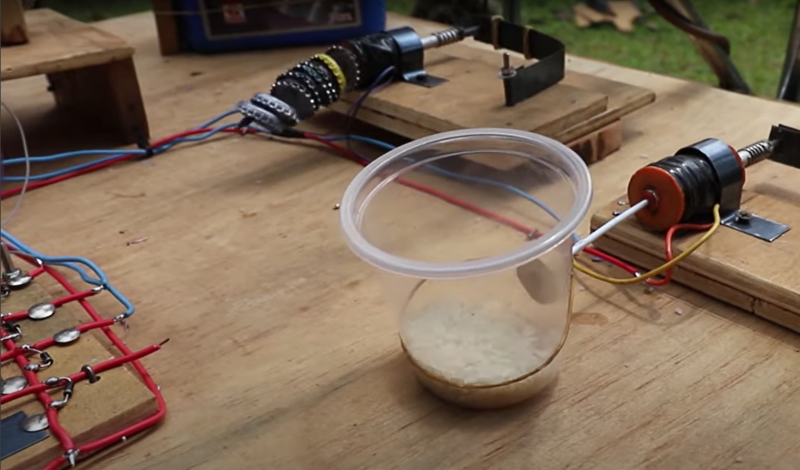 South Africa claims to have produced Africa’s first self-made modular combiner. Although we are not sure about this (frankly, it doesn’t really matter), we can be sure that the latest addition of this rig sounds great. (video, embedded below) there is no doubt that African countries are the king of rhythm. Living in less affluent areas, you need some wisdom to use the surrounding materials. Even if you have enough money, you can’t go to the local electronics store to buy lost parts.
The modular synth looks very beautiful and rough, just like a real self-made product. It uses an oil tank as a bass drum and rice in a plastic boat as a musical instrument. It may look rough, but it sounds quite good. The three additional parts of the rig are simple spring-loaded solenoids, but hand wound coils are ready because stock is an expensive luxury. A rig driven coiler was built with a spool composed of a metal rod and two properly trimmed Fanta bottle caps, and a spool support placed on what looked like a cake rack. In an early shooting, we did laugh a little, because the wire was guided by hand, and then quickly adjusted to the guiding position with a rag. Damn friction burns! We watched the film with great interest and wanted to see what the next film would be, but now, sit down and listen to some disgusting African technology songs!

Want to see a mess of wires turn into something meaningful? How many guys play games need to do something? How about the Chiptune synthesizer?